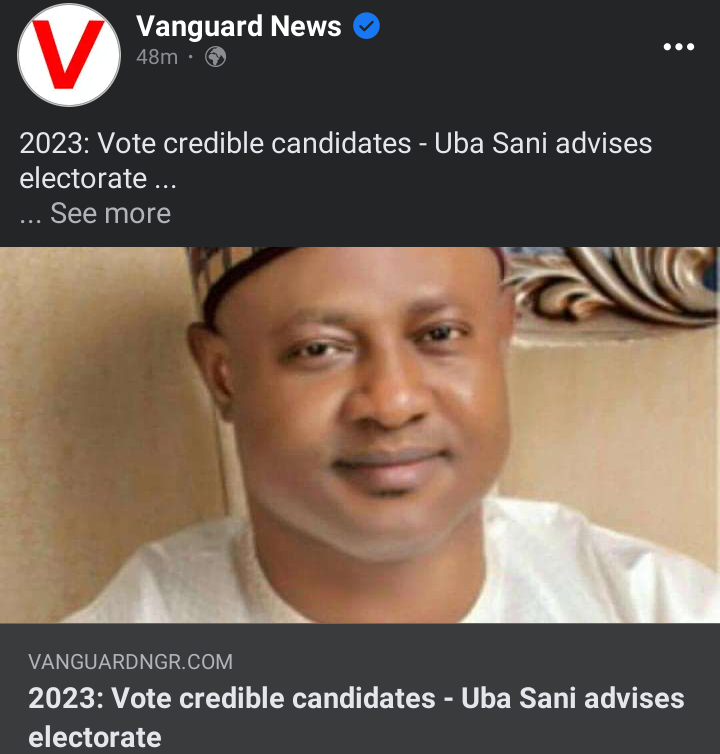 The gubernatorial candidate of All Progressives Congress (APC) in Kaduna state, Senator Uba Sani, has advised the electorate to vote credible candidates who will improve their welfare at all levels.

Senator Uba Sani who represents Kaduna Central senatorial district at the upper legislative chamber, in a statement,gave this advice at Gwantu, headquarters of Sanga Local Government Area of Kaduna State.

The gubernatorial candidate who is on the 7th day of his campaign tour, pointed out that all APC candidates have been tried and trusted 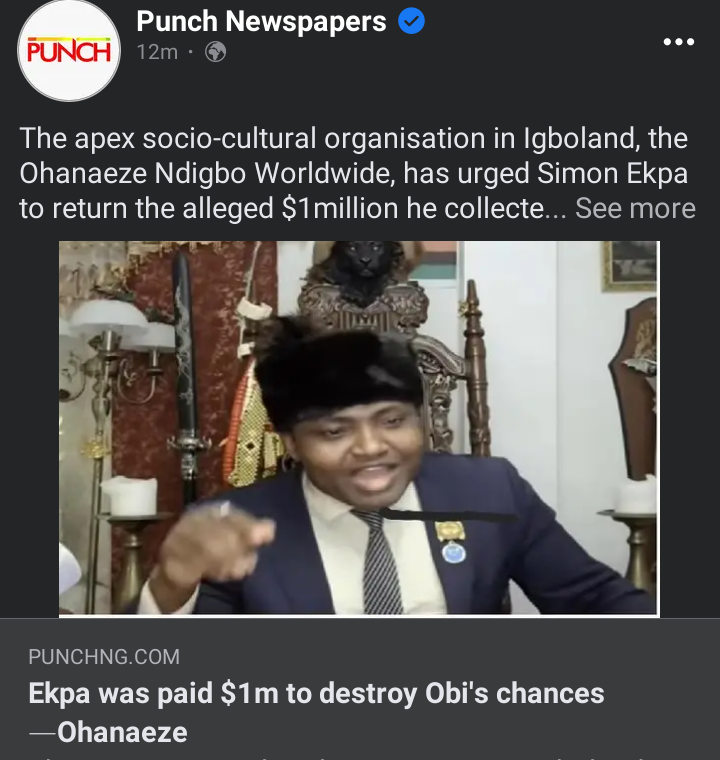 The apex socio-cultural organisation in Igbo land, the Ohanaeze Ndigbo Worldwide, has urged Simon Ekpa to return the alleged $1million he collected from his paymasters, to tarnish the chances of the presidential candidate of the Labour Party, Peter Obi, in the 2023 presidential election.

READ ALSO  2023 Presidency: 'I Can't Force Myself To Campaign For You When You Have Not Asked Me' -Wike

According to the group, Ekpa would be hunted across the world to pay for the atrocities he has committed against the South-East geopolitical zone.

It further observed that the leader of the splitter group of the Indigenous People of Biafra, was acting the script of those who were opposed to a Nigerian president of Igbo extraction.

The Secretary-General of Ohanaeze Ndigbo Worldwide, Comrade Okechukwu Isiguzoro, said this during an interview with The PUNCH, on Tuesday.

He said, “Ohanaeze Ndigbo Worldwide has cautioned one Simon Ifeanyi Njoku Ekpa to return the funds he collected with the evil intent to destroy the prospects of the Labour Party to win the 2023 presidential election on February 25, 2023. 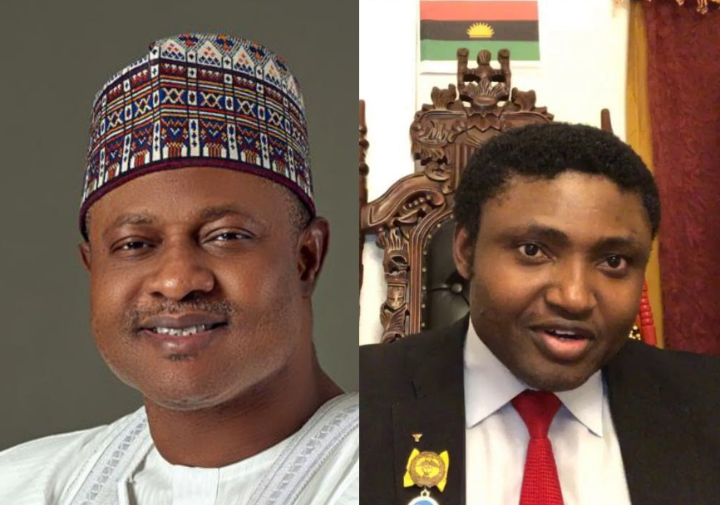 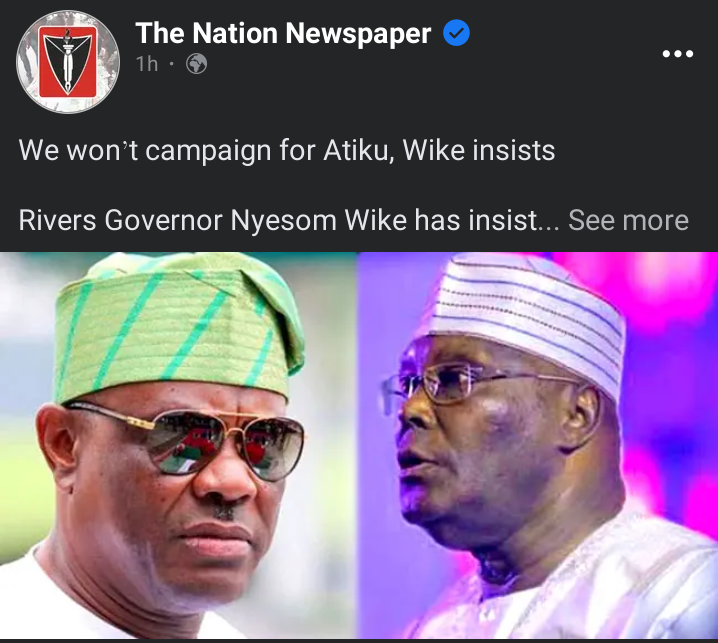 Rivers Governor Nyesom Wike has insisted the ongoing campaigns for candidates of the Peoples Democratic Party (PDP) in the State do not include the party’s presidential candidate, Atiku Abubakar.

The Governor said they would not campaign for Atiku because there was no understanding to warrant such support in Rivers.

READ ALSO  Chelsea's Owners Are Preparing For The Future, Not The Present.

Wike said that anybody, who said Rivers was inconsequential would suffer repercussions for ignoring the State 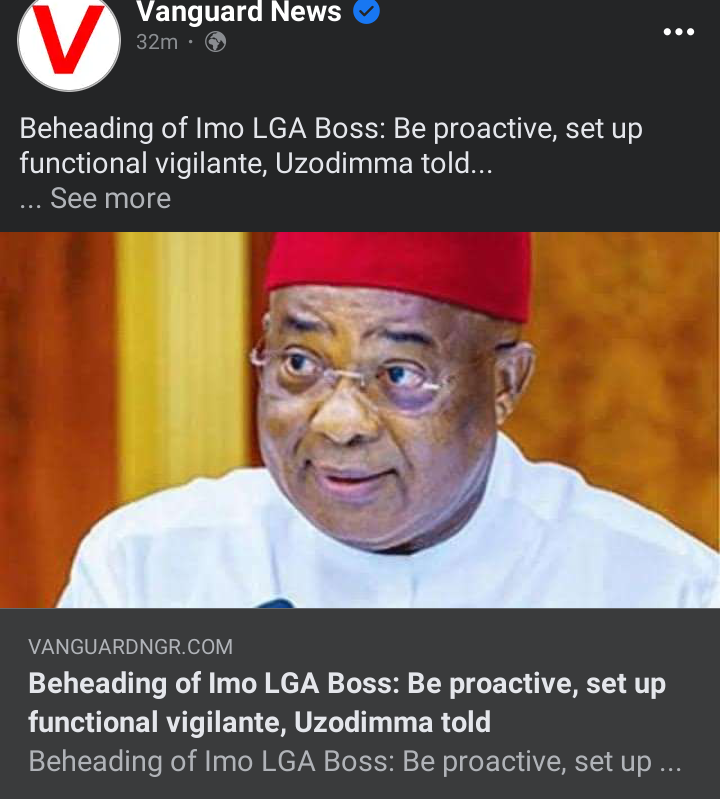 The Igbo National Council, INC, on Tuesday called on the Imo state governor, Hope Uzodimma, to be proactive in tackling the insecurity in the state by setting up a community-based functional vigilante group.

INC made this call through the President, Chilos Godsent, regarding the beheading of the sole administrator of Ideato North local government area of Imo state, Christopher Ohizu, last Monday.

The Igbo group said the vigilante group formed by the community should be a mechanism for intelligence gatherings and neutralization of planned crimes and attacks.

Content created and supplied by: Kwaha (via Opera
News )

S'West's vote this year is crucial, says the Ekiti governor.

Shettima: Fixation on Tinubu’s health is mischievous – we’re not preparing for Olympics