Peter Obi: How I Was Attacked In Katsina 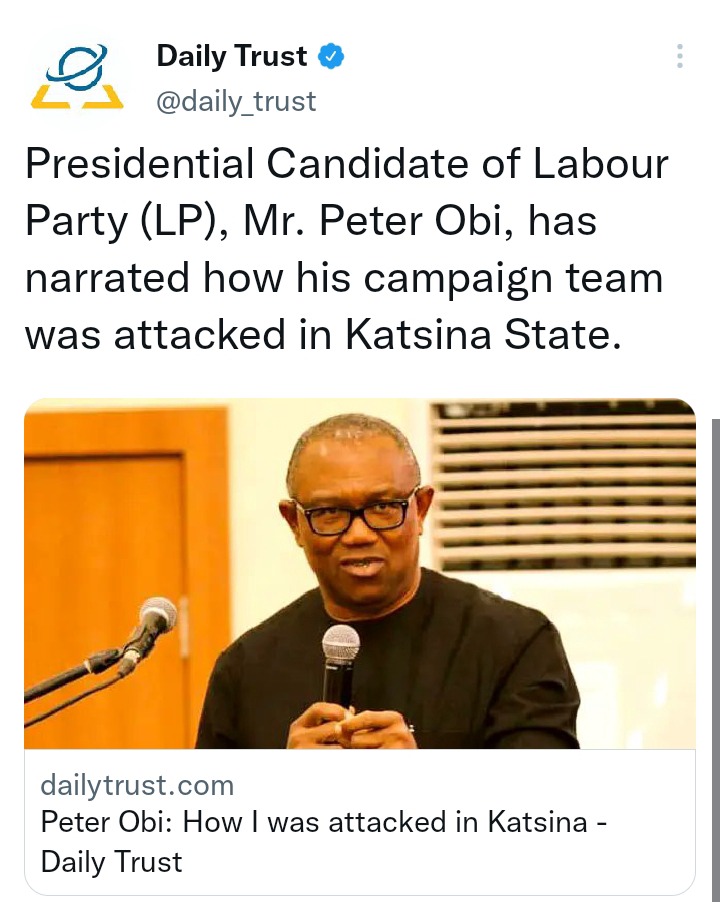 Presidential Candidate of Labour Party (LP), Mr. Peter Obi, has narrated how his campaign team was attacked in Katsina State.

Obi’s team that has been on a state-to-state tour touched down in Katsina on Monday.

Daily Trust had reported how the Presidential Candidate wooed voters and promised to tackle insecurity if elected. 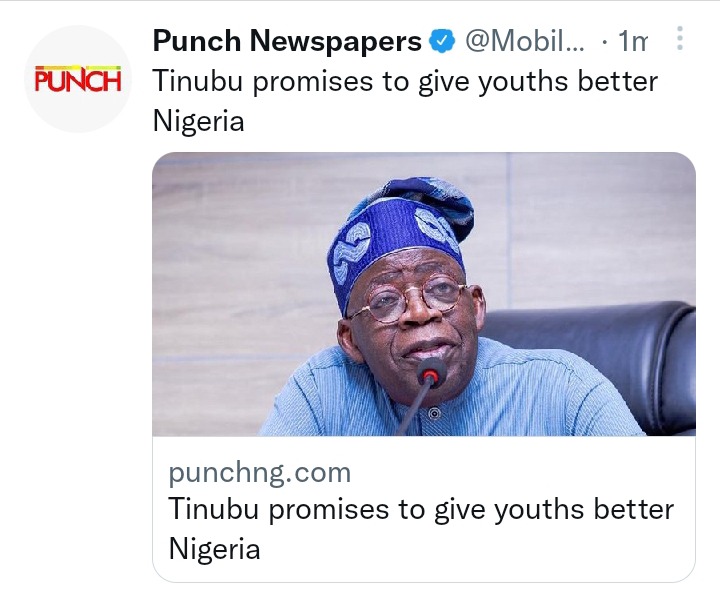 The presidential candidate of the All Progressive Congress, Bola Tinubu, has promised to make Nigeria better for the younger generation.

He also vowed to transform the education sector and ensure that Nigerian students receive sound education and graduate as at when due.

Tinubu, spoke in Umuahia the Abia State capital during his presidential rally and governorship campaign flag-off on Tuesday. 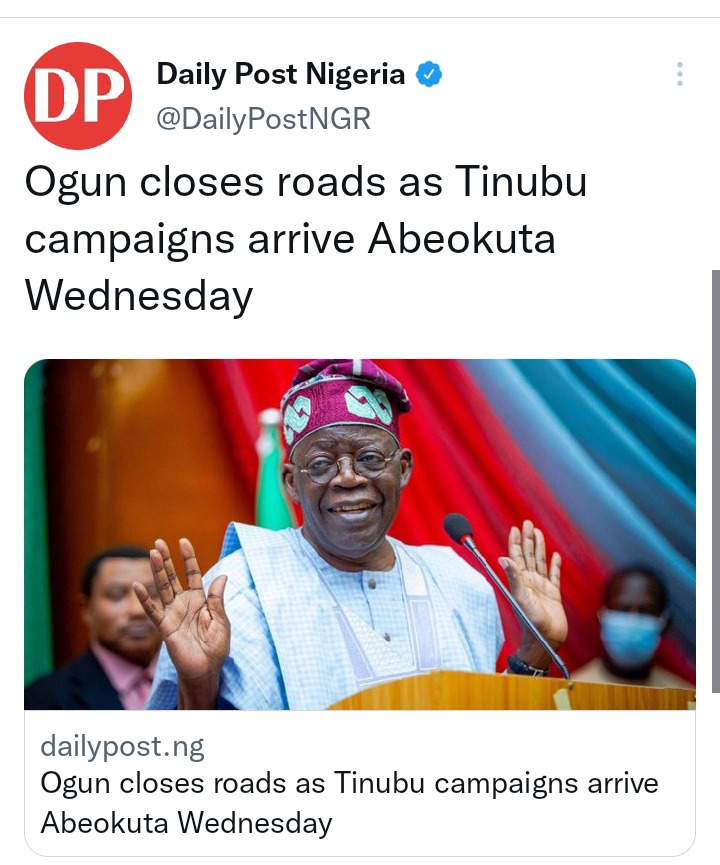 As part of the activities heralding the arrival of Bola Tinubu, the presidential candidate of the All Progressives Congress, APC, on Wednesday, Ogun State announced the closure of some key roads in Abeokuta, the state capital.

Tinubu is expected to campaign at the MKO Abiola International Stadium, Kuto, Abeokuta.

Consequently, the Ogun State Traffic Compliance and Enforcement, TRACE, has told the public that “there will be traffic rerouting inbound and outbound the stadium axis by 7 am, with the NNPC flyover bridge condoned off for road users and traffic diverted underpass.” 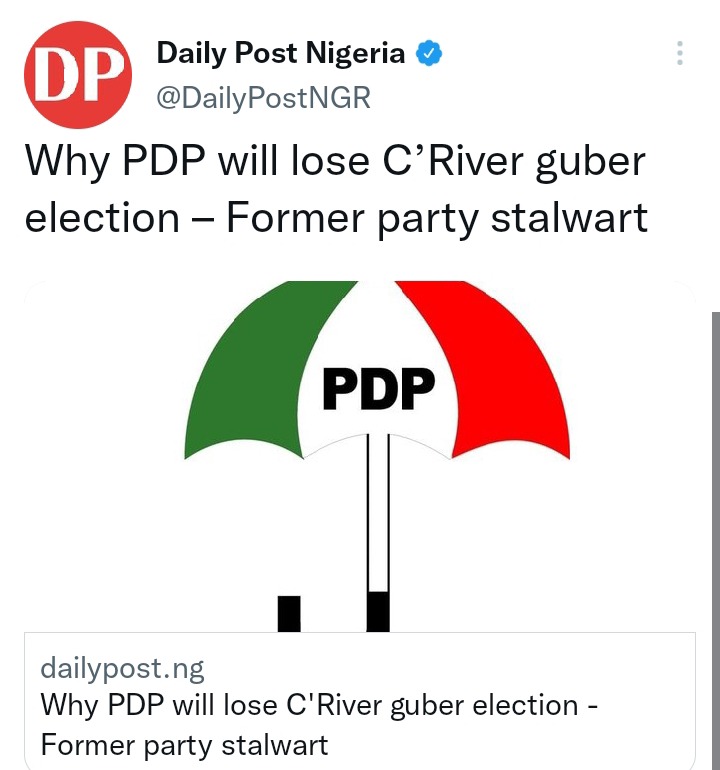 A former stalwart of PDP in Cross River State has said that the ruling All Progressives Congress, APC, in the state to which he now belongs will work hard to ensure that PDP does not win the governorship election in March 2023.

Former Commissioner for Lands and former Managing Director of Tinapa Business Resort, Bassey Ndem stated in an interview in Calabar that it would amount to gross injustice for PDP to return to power in the state.

According to him, allowing PDP to win will deny those in the Southern senatorial district access to power for several more years. 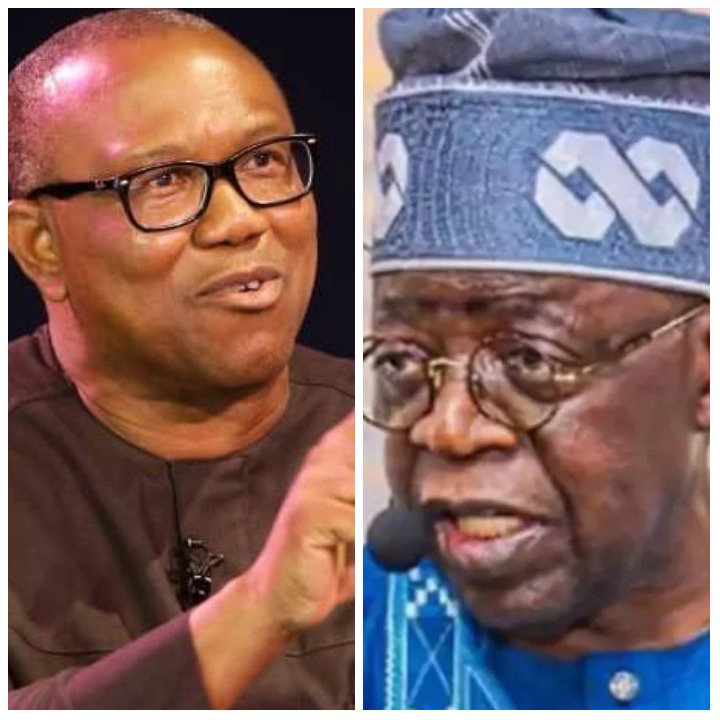 Content created and supplied by: Nasu001 (via Opera
News )

Reactions As Regina Daniels Joins Atiku's Wife, Others At The PDP Rally In Delta State (Photos)