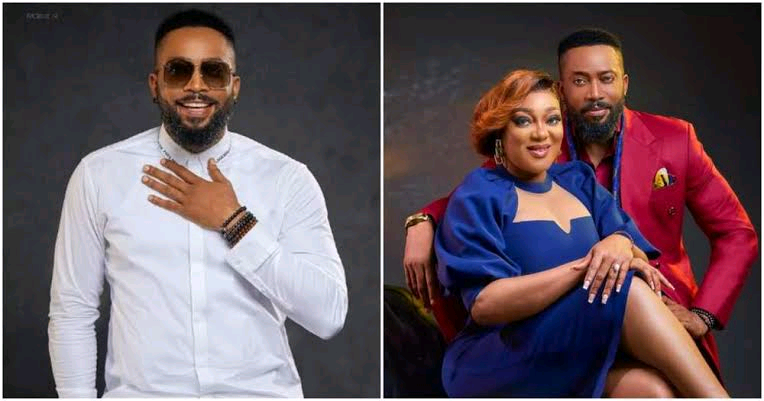 It is indeed a rollercoaster of sweet moments for the fans and supporters of Nollywood movie stars and newly wed couple Peggy Ovire and Freddie Leonard.

A new loved-up video of the two on Peggy’s social media page captured them being all playful as the actor rushed his wife with dose of kisses.

In the clip, Peggy, who appeared late for her morning appointment, tried to resist her hubby’s touches and romantic gestures.

Reacting, Freddie jokingly warned that his kind of husband is rare as Peggy insists she needs to catch up with her meeting.

“There is no husband in town”