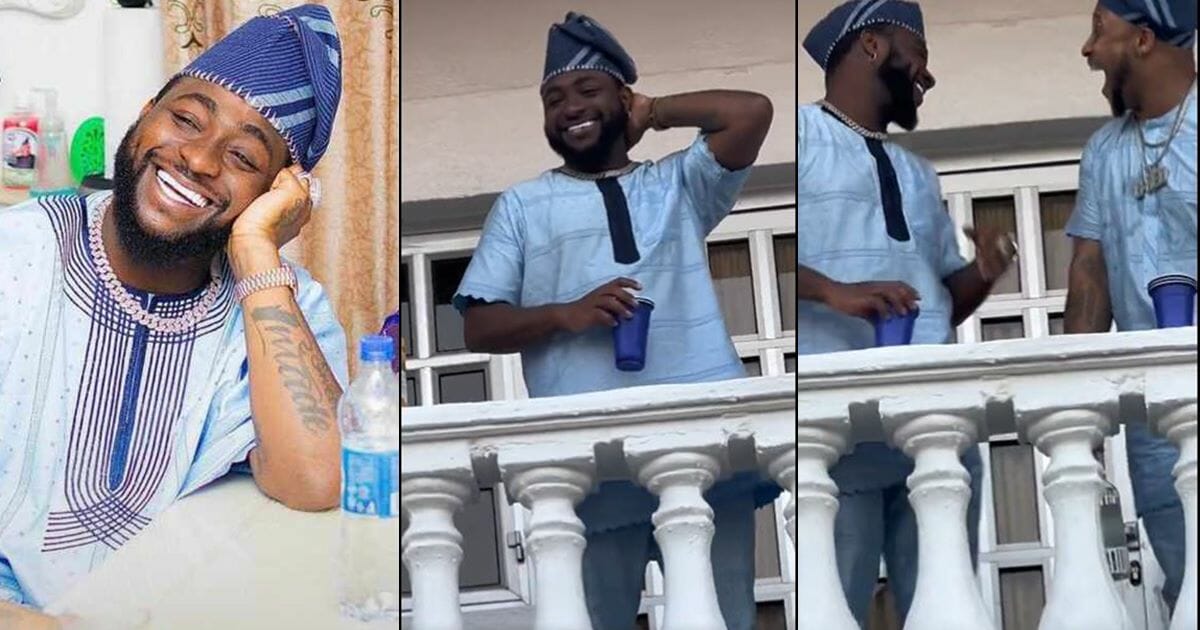 Undeniably, people around the popular crooner, David Adeleke alias Davido are doing their possible best to get him back to his lively and vibrant state following the death of his son, Ifeanyi Adeleke.

In a new video, the ‘Stand Strong’ crooner could be seen with his cousin, B-Red as he received explosive hype from a man.

The man described Davido as a lion while making more powerful statements. Davido and his cousin smiled endlessly due to the praises.

Davido and his cousin, BRed. pic.twitter.com/jcbBJkxKde

Meanwhile, in a recent clip, Chioma and Davido were recently spotted dancing together at a private party with few individuals following Ademola Adeleke’s swearing-in ceremony

This happens to be one of the happiest moments of the couple following their bitter tragedy.