Ruger and BNXN had traded words some months ago on Twitter when the Jonzing World act had stated in response to a fan, that he was a better singer than the other.

This rematch however came to be following Ruger’s riddle addressing a particular artiste, presumably Buju, using different mechanisms to stay on top of the game

“I am something. For years now, I have forced my songs down people’s throat whether e sweet abi e no sweet either by too much ads or by paying every influencer to make noise about a song they don’t even like. Or by speeding my song on TIKTOK. WHAT AM I ?”

Ruger also hit the Buju with a challenge;

“Buju baby 🥺🥺 all I need from you now is simple. I need you to list just five songs of yours that’ll make your crowd go crazy at your shows and I’ll list mine. No features, just your songs buju baby I’m waiting”. 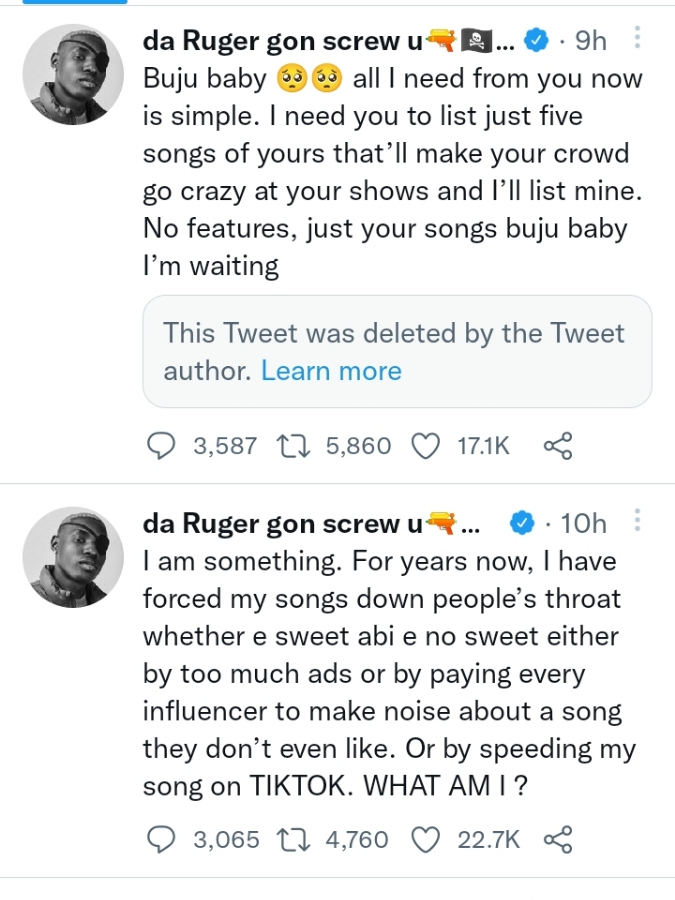 This prompted BNXN to share a response where he called the singer out, indicating this was a method he also adopted to promote his music.

READ ALSO  “You want war? I’ll give it to you” – Halima Abubakar drags Shan George and Apostle Suleman, leaks chat

“biting the fingers of the hand that fed your boss enough to feed you ?? Even when you and your boss use the same strategy?? After all those streaming-farm payments?”

Buju also went on to mention that artists who put in the work in terms of producing quality music are not receiving the dues they deserve. He also indicated that some of the streams do not actually translate to people attending concerts of the artists.

“Be organic or get the fuck out of my face!! How you got a million views and less than 5k on Spotify ? Are you whining me ? You’re top of the charts and you’re not choking me in the streets like Asake? just tiktoks? Are you silly ?” 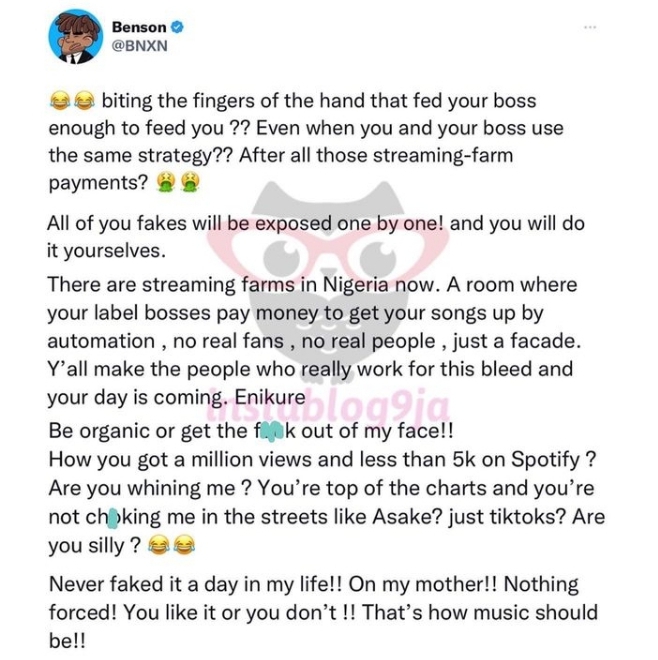 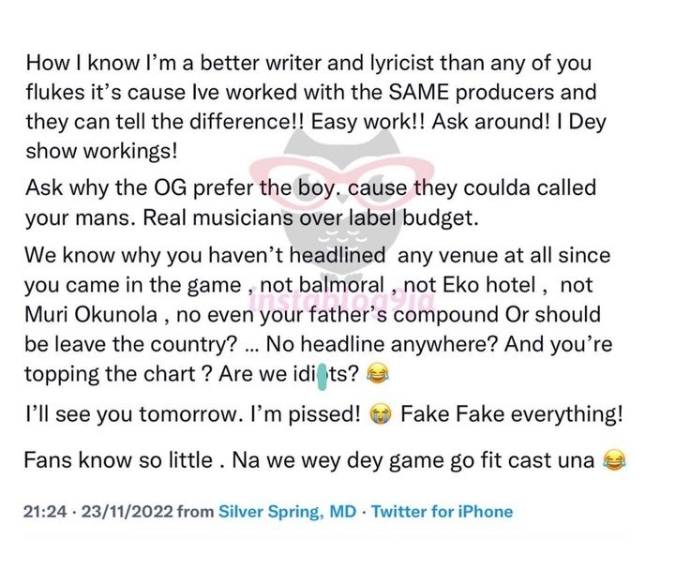 Reacting, Blaqbonez and Yemi Alade added their two cents to BNXN’s outcry over ways in which musicians and label bosses increase music streams without actual listeners.

Blaqbonez had tweeted about it saying; “all of you using streaming farms would be exposed soon. awon hushpuppi”.

“Never saw a ” realler ” tweet! Somebody pls frame this tweet for me. I want to hang it on my wall” 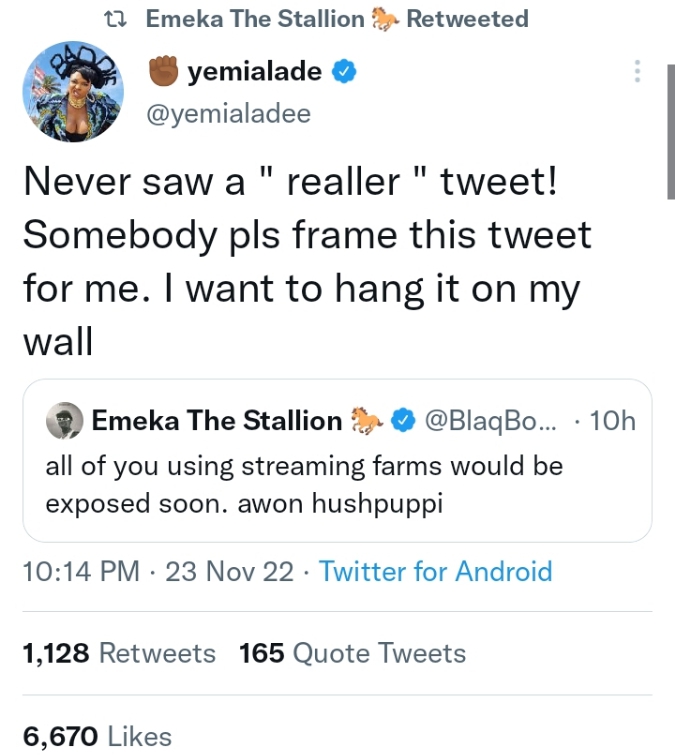 Related Topics:BlaqbonezBNXNCelebritiesRugerYemi Alade
Up Next