Lily Afe during a recent episode with media personality, Toke Makinwa on Tokemoments, the actress stated that she would like to settle down with a comfortable man who has his personal house and car.

That assertion shocked Toke, who asked the former Big Brother Africa housemate if she was aware that many men do not own houses.

In reaction, some of her fans have seen reason with her, while some have blatantly kicked against her notion.

See video and some reactions below: 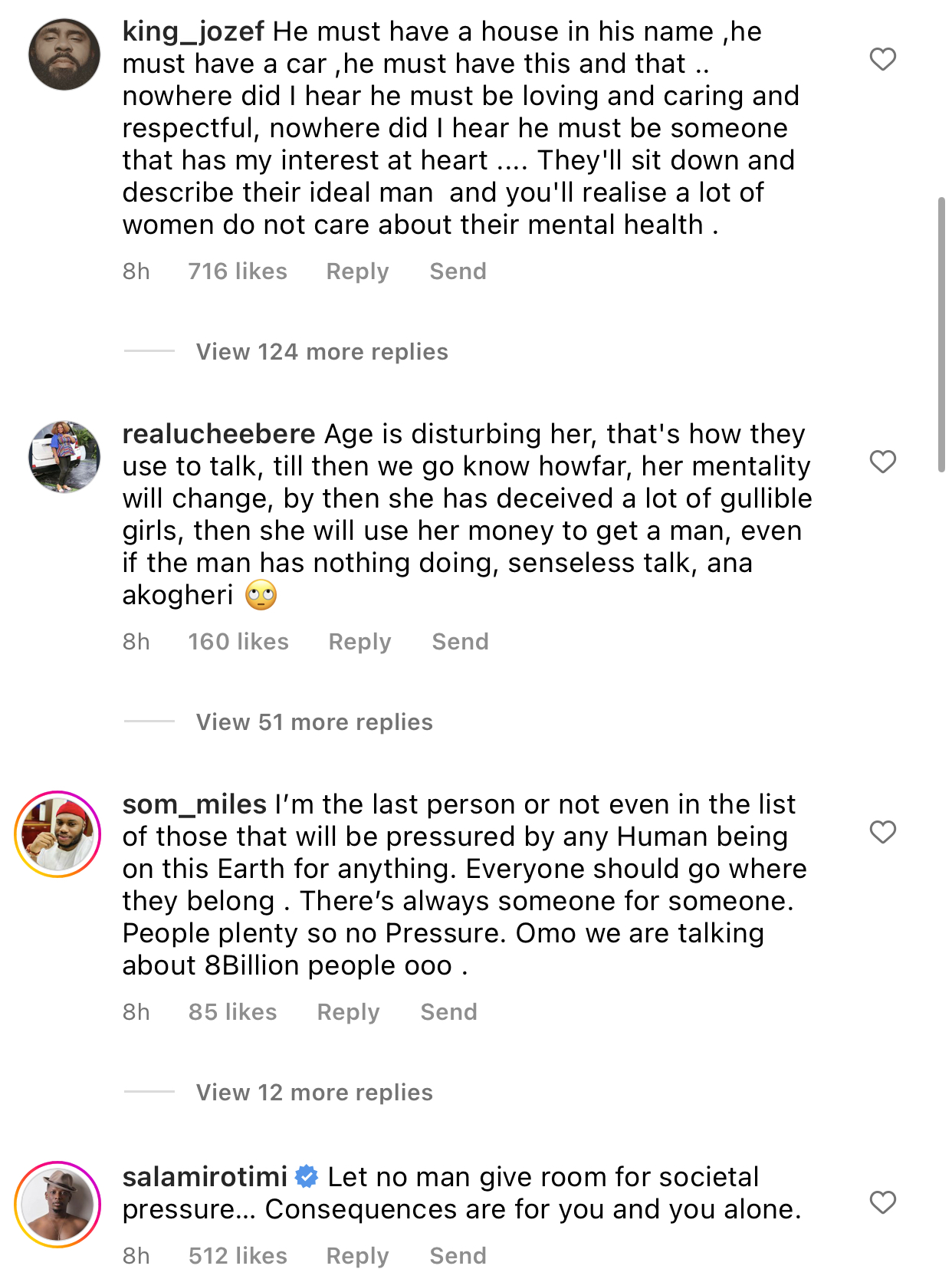 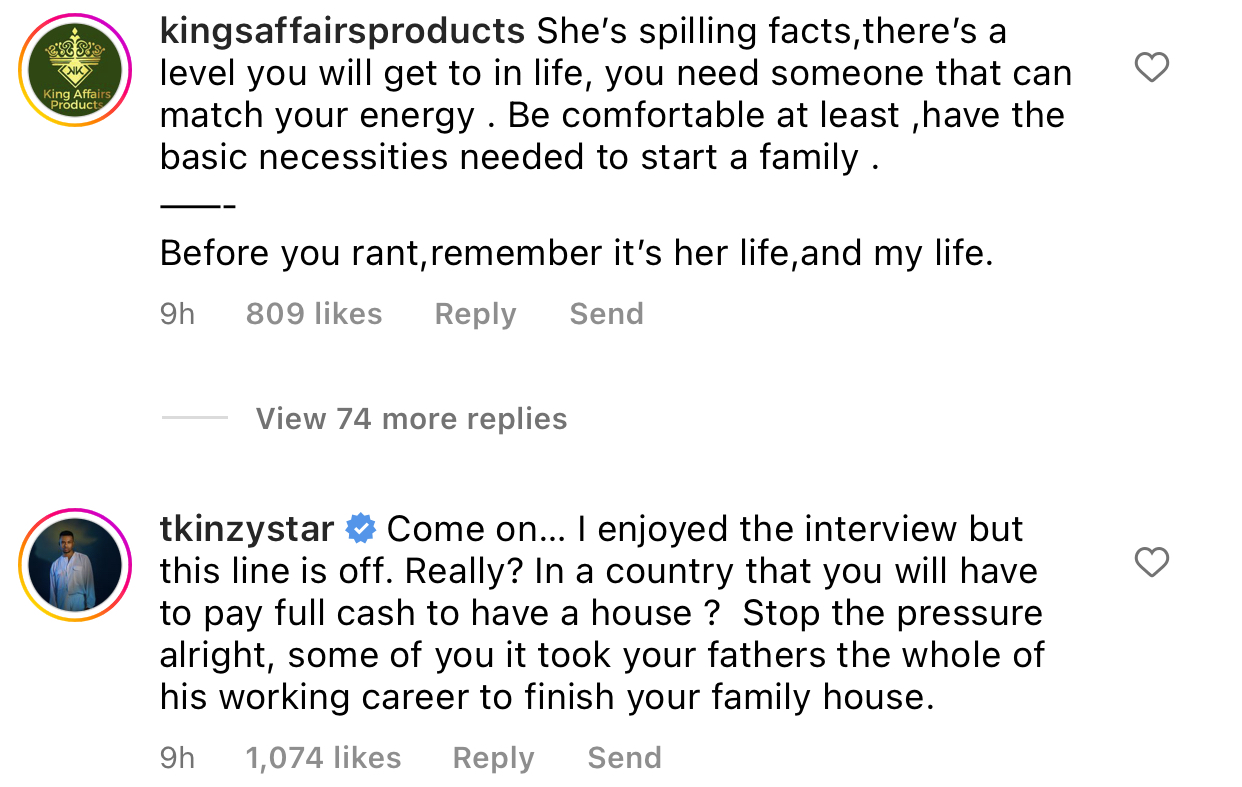 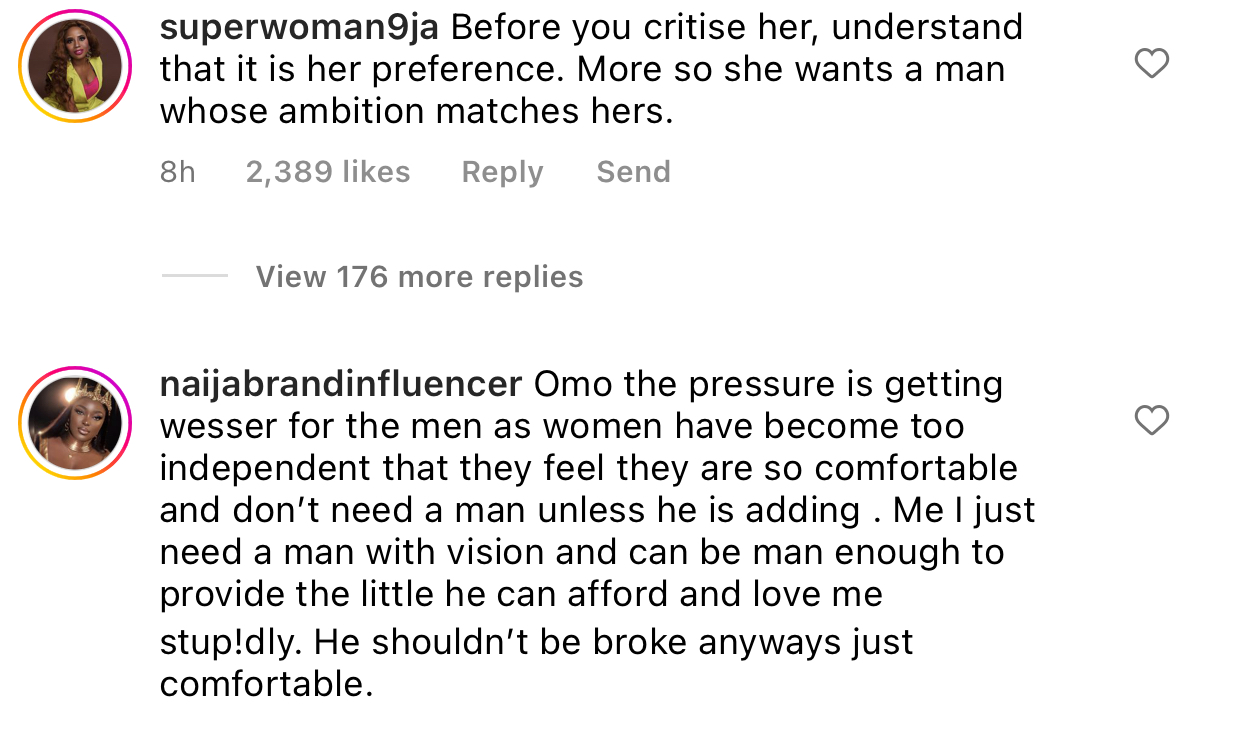 In 2018, Lily Afe won the Africa Magic Viewers’ Choice Awards for the Indigenous movie of the Year for her production debut, Bound.

Education no be scam, but not a yardstick to success – Rapper, Chinko Ekun schools parents