Recall that during the heat of Korra and Ex-hubby Justin Dean’s messy divorce saga, the dancer’s estranged hubby accused her of sleeping with the music star.

Just recently, few days after finalising process of her divorce with Justin, Korra Obidi broke the internet with a belly dance video. She was topless and a part of her left and right boob could be seen as she backed the camera.

Reacting, Peruzzi took to his Instagram story to share the video, a move that triggered reactions from fans. 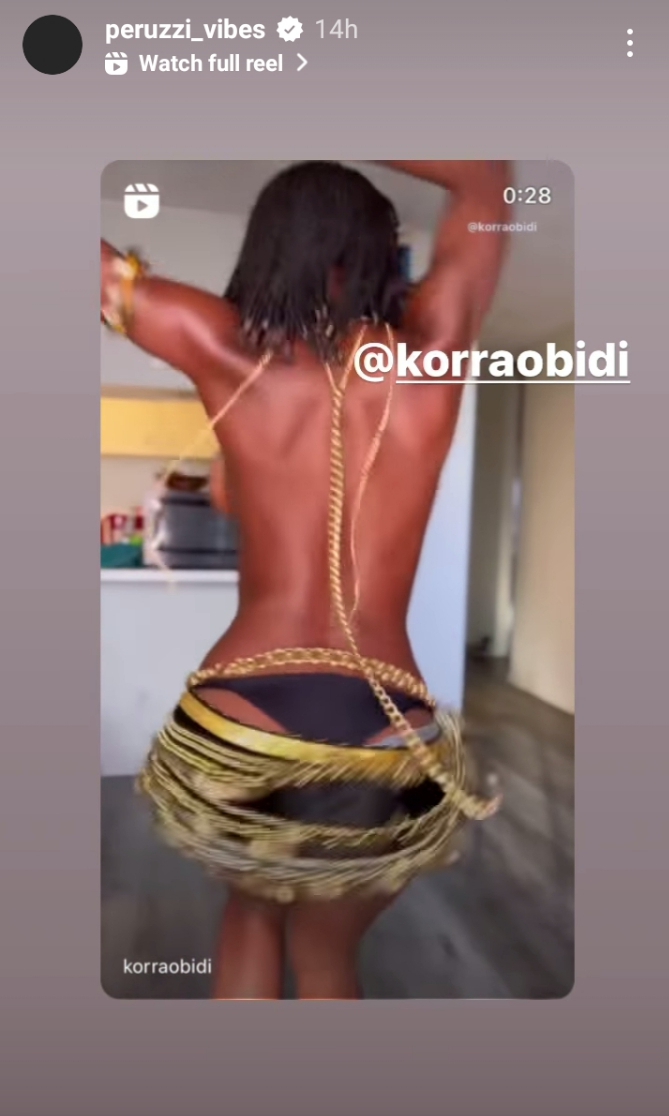 Fans who came across the video on his Instagram story, took to his latest post on Instagram page and called him out for sharing Korra’s unclad video amidst allegations levelled against him. 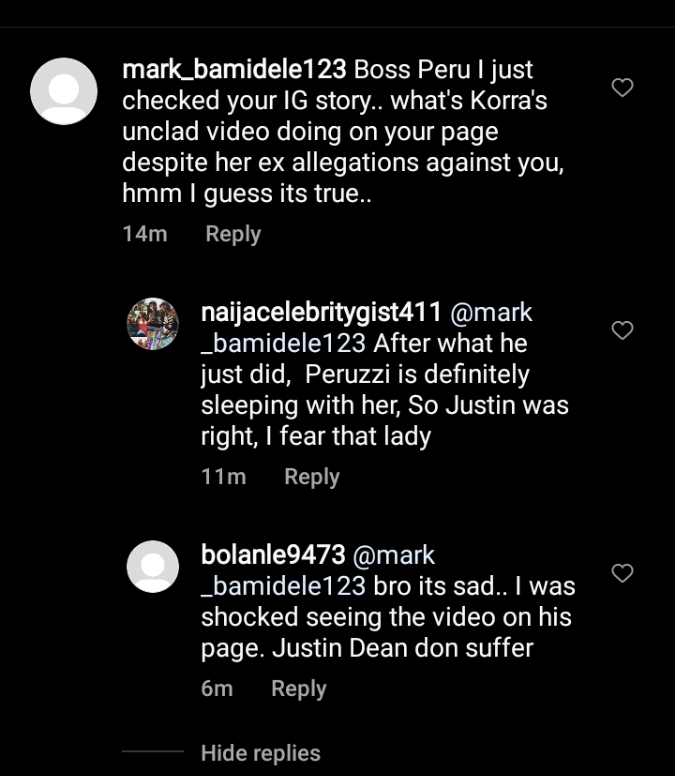 “Filming by 2am, if I buy a car tomorrow, you people will say it’s from a man” – Lizzy Gold vents (Video)