The singer took to his Instagram page a few hours ago to share a snippet of the lad’s song which he says is already on streaming platforms.

Portable disclosed that he was moved to sign Yung Duu due to his musical prowess and the relationship they had right from when he (Portable) was an upcoming artiste.

READ ALSO  Media Personality, Charly Boy States He Can’t Account For Some Of His Children

Sharing some videos of the new musician, the Zazu star wrote:

“New Signee Ÿõûñg Duu under ZEH Nation Records….I discovered him based on believing in his craft🔥discovered him on the street & he has so many vibes to deliver…he has been with me since I was an upcoming artiste Thank God for life He’s my Signee now & we had a collabo already u can go all on line to stream & download. @official_young_duu Shoshosho Ft. @portablebaeby available on all digital platforms Check link on his bio🔥 U’re Welkom Ÿõûñg Duu boi wey śãbï sing song😁 ninu igbo Loti ma blowwwww😄Kosi ibi Toti le blow T’ogo eh ba jinna dada O ma blowww😃 @official_young_duu u’re blowded Omo IKA Of AFRICA 🌎” 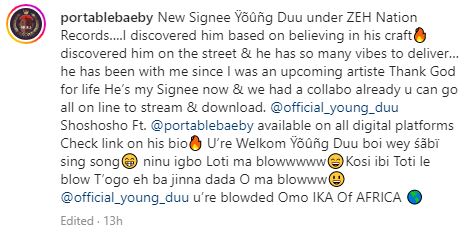 Check out some comments below: 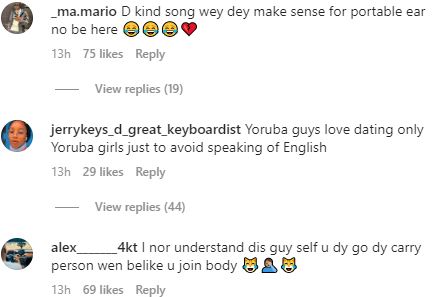 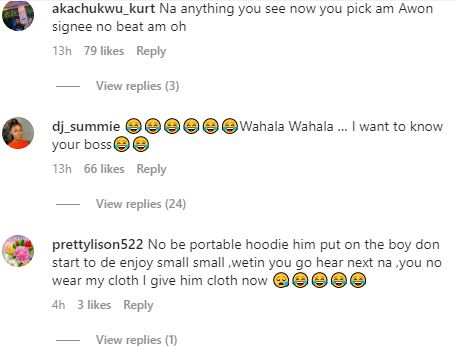