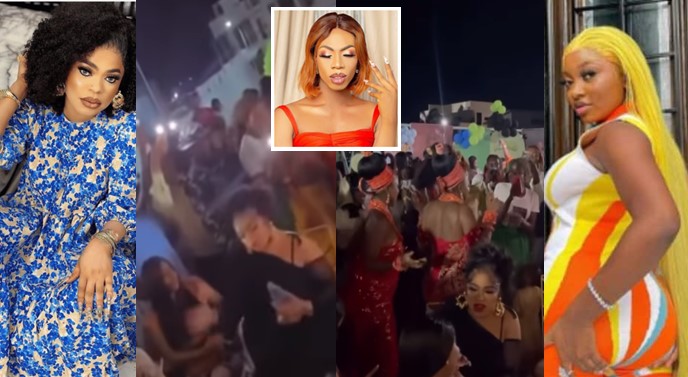 In a video making the rounds, the trio were all present during the housewarming party hosted by Papaya, however, while the host and James were having fun, Bob seemed irritated.

Idris was sitting with a group of friends chatting and laughing, while the other two were dancing enthusiastically behind him.

Bobrisky expressed displeasure with the fact that they were behind him and started throwing tantrums.

The Male Barbie took a bottle and threw it backwards, though it is not clear if it hit any of them.

Bob then stood up from his seat and walked out in anger as his friends followed him closely.

In the video, Neither James Brown nor Papaya confronted him over his action, rather they seemed pleased that he was infuriated, and this made them dance even more.