Olunloyo had taken to her Twitter page to make the accusation. Kemi who’s been unrelenting in one form or the other has maintained a constant onslaught on Davido and his fiancé Chioma despite the loss of their child, Ifeanyi.

“Chioma and Peruzzi were never relatives. She was pimped to Davido. Patrick of Golden Boy entertainment has all their sex tapes.

This is the cause of the break up that made her a babymama. Davido was deceived immensely”

Patrick, who however did not want to be drawn into the dirtiness immediately dispelled the rumor as he replied to the tweet, stating that he had no such tapes.

He asked for the family to be respected in their time of pain.

“Hi Kemi, I don’t have any sex tape biko. But please can we let the family grieve” their loss in peace.

READ ALSO  “Wanna do bad stuff with you” – DJ Cuppy hints as she parties hard with lover, Ryan Taylor

Recall that it was reported that Patrick had dragged Peruzzi about 2 years ago for breaching his contract with Golden boy entertainment and proceeding to join Davido’s record in a deceitful move.

The Label Boss, has however put his grudges aside to respect the bereaved family. 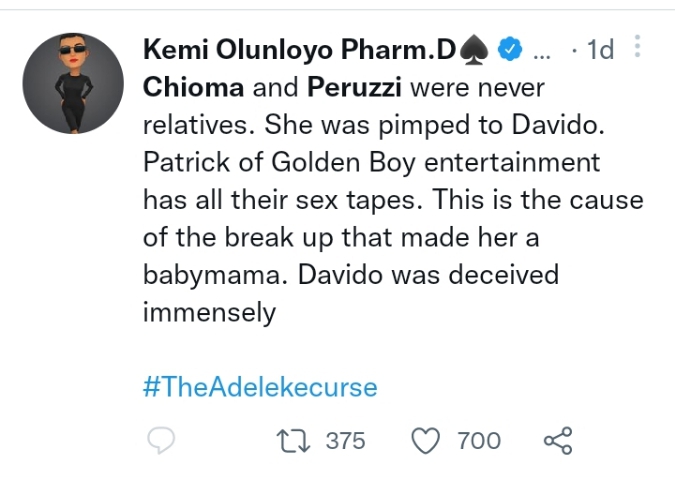 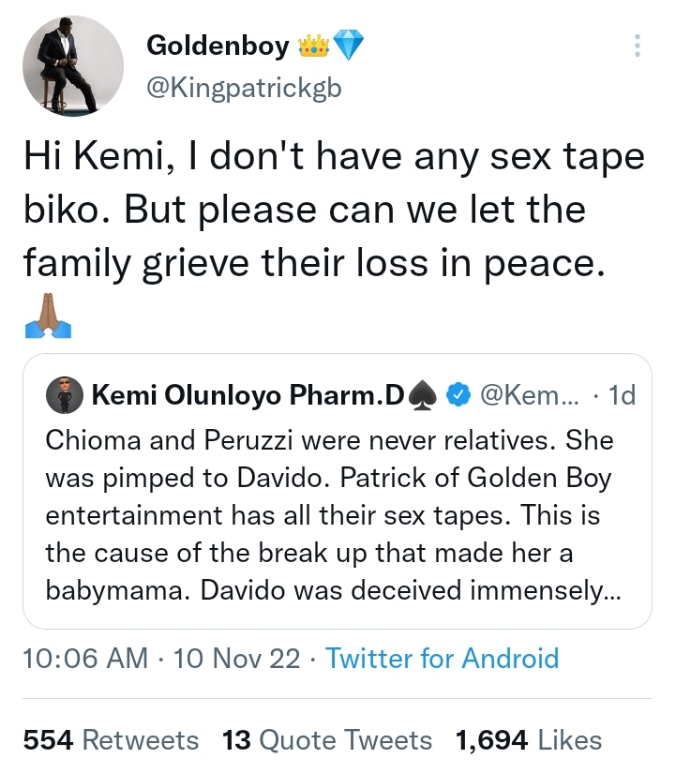