BBNaija Season 4 winner, Mercy Eke has thrown a subtle shade about how rich people don’t brag about their wealth.

During a question-and-answer session via her official Snapchat page, with her fans, a netizen had applauded the BBnaija star for having a remarkable media presence despite being the lowkey type. The fan wrote:

“The fact u don’t even show off but only show up omo nne u are a blessing.”

The statement did not sit well with some fans who took to social media to bash her.

The reason for bashing Mercy is not far fetched because hours ago, fellow reality star Tacha in a video claimed that being a celebrity is high maintenance, and those who are successful at it should be clapped for.

Prior the video, Tacha slammed a certain critic who queried her for repeating a party outfit. Tacha, who certainly was not having it, called the critic “mad”, before going on to reveal how much it cost her to get styled and do a photo shoot.

Following a rough estimate of over N2 million, she proceeded to tell the troll not to be “stupid”.

Fans of Mercy Eke have taken her Snapchat Q & A to mean the post was technically directed at Tacha. See the post and some reactions below: 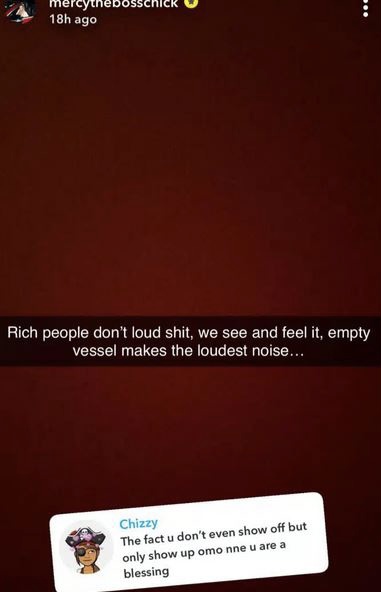 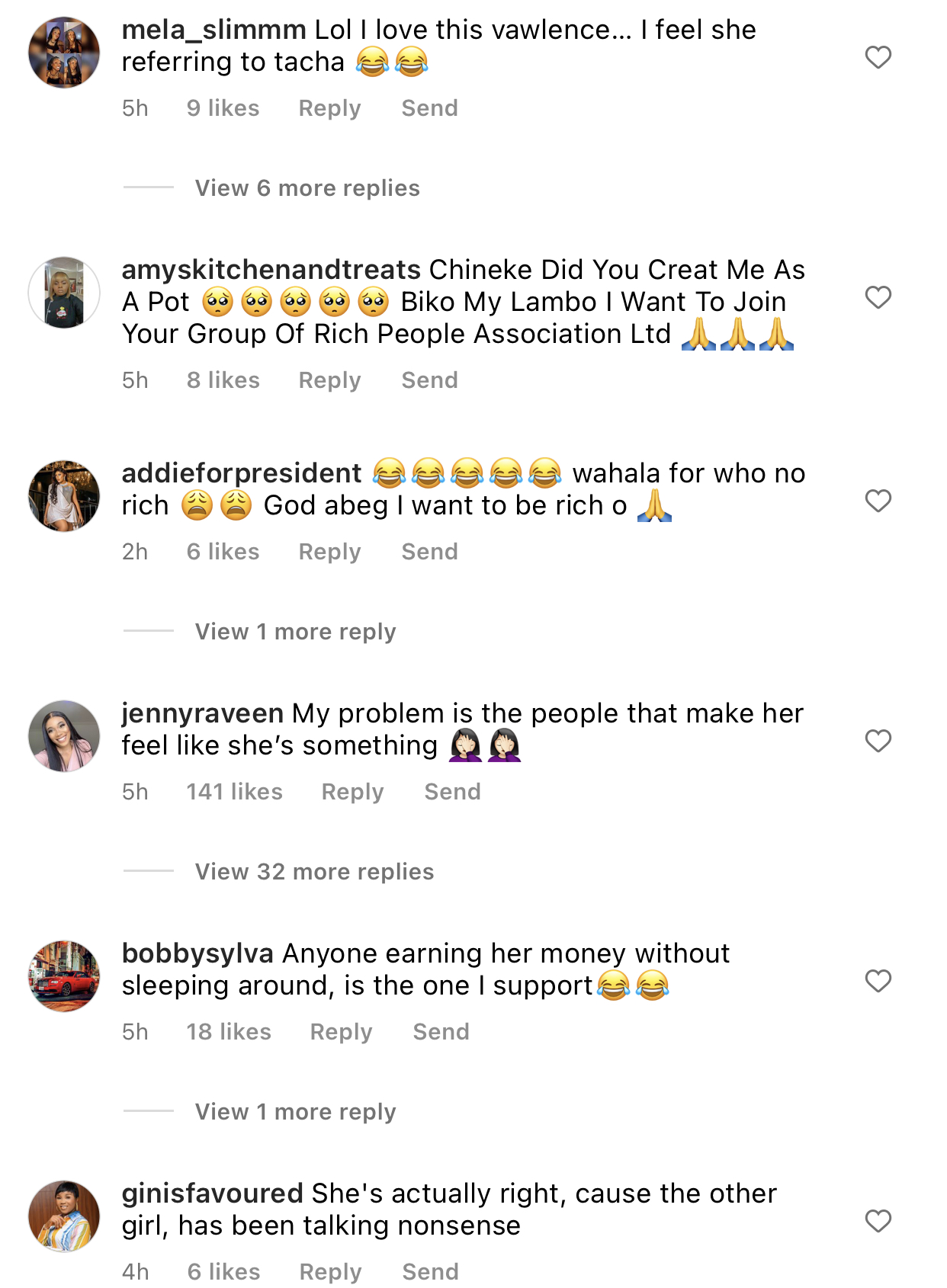 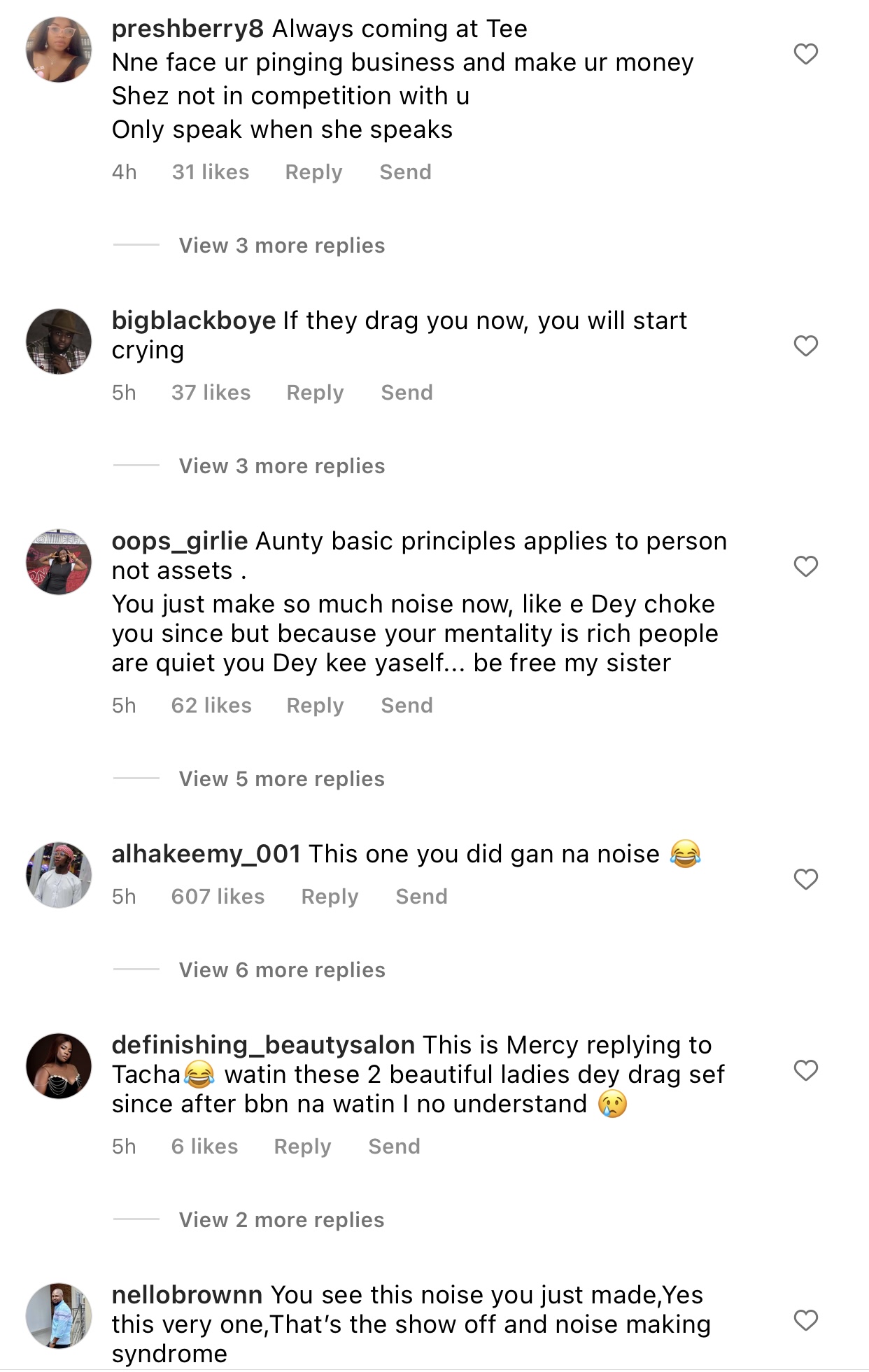 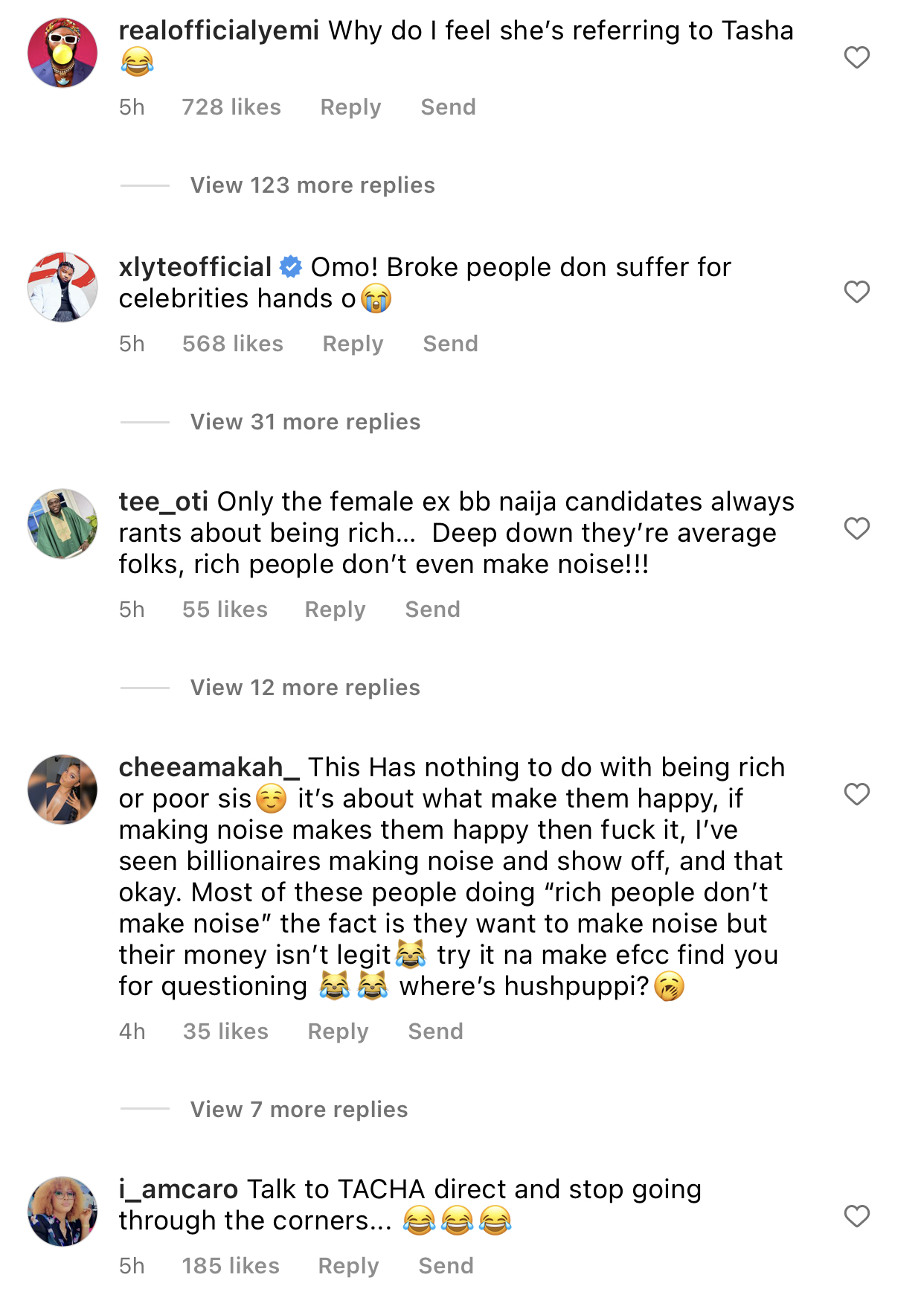 Celebrities are going though a lot, you should clap for us – Tacha Akide cries out [VIDEO]