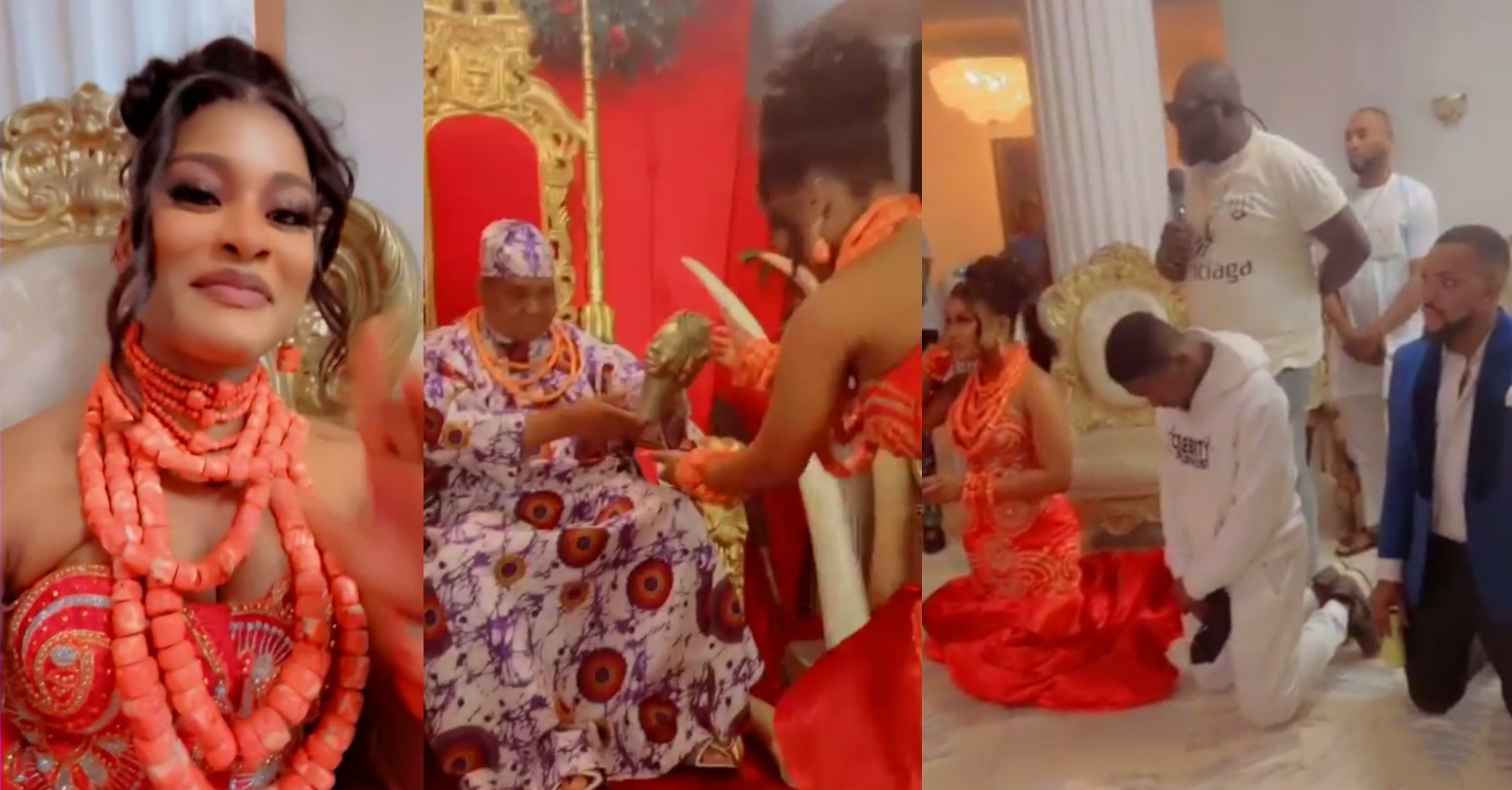 BBNaija season 7 winner, Phyna has shared lovely photos and video from her visit as she paid homage and respect to Chief Sir DR Gabriel Osawaru Igbinedion (CFR) the Esama of Benin Kingdom.

Phyna alongside her co-reality stars, Kess and Pharmsavi arrived Edo state on Tuesday afternoon, to a rousing welcome by fans and lovers.

The reality television star was welcomed by Edo royal family, Esama of Benin, where she was hosted with some entertaining dance and display by her people.

In her usual fashion, Phyna flooded her Instagram page with videos showing her fans how she spent her day at the royal palace.

A clip showed the moment she, Pharmsavi and Kess paid their respects to the traditional monarch.

The trio knelt completely for the Esama as he blessed them with prayers and words of encouragement.

Phyna revealed that she received plots of land and Gold statue of Esama kingdom, she was equally captured presenting her own gifts to the king.

“See what you caused” – Netizens blame Yul Edochie over video of first wife, May showing ‘skin’ at poolside