Reality TV star and entrepreneur, Natacha Akide, professionally known as Tacha has come down hard on a fan who queried her for repeating an outfit.

A photo was shared by Tacha on her social media page.

Apparently, Tacha had once rocked the outfit, which didn’t seat well with the troll.

The netizen went on to comment under the post, telling Tacha that she has rocked the outfit once, and once is enough. 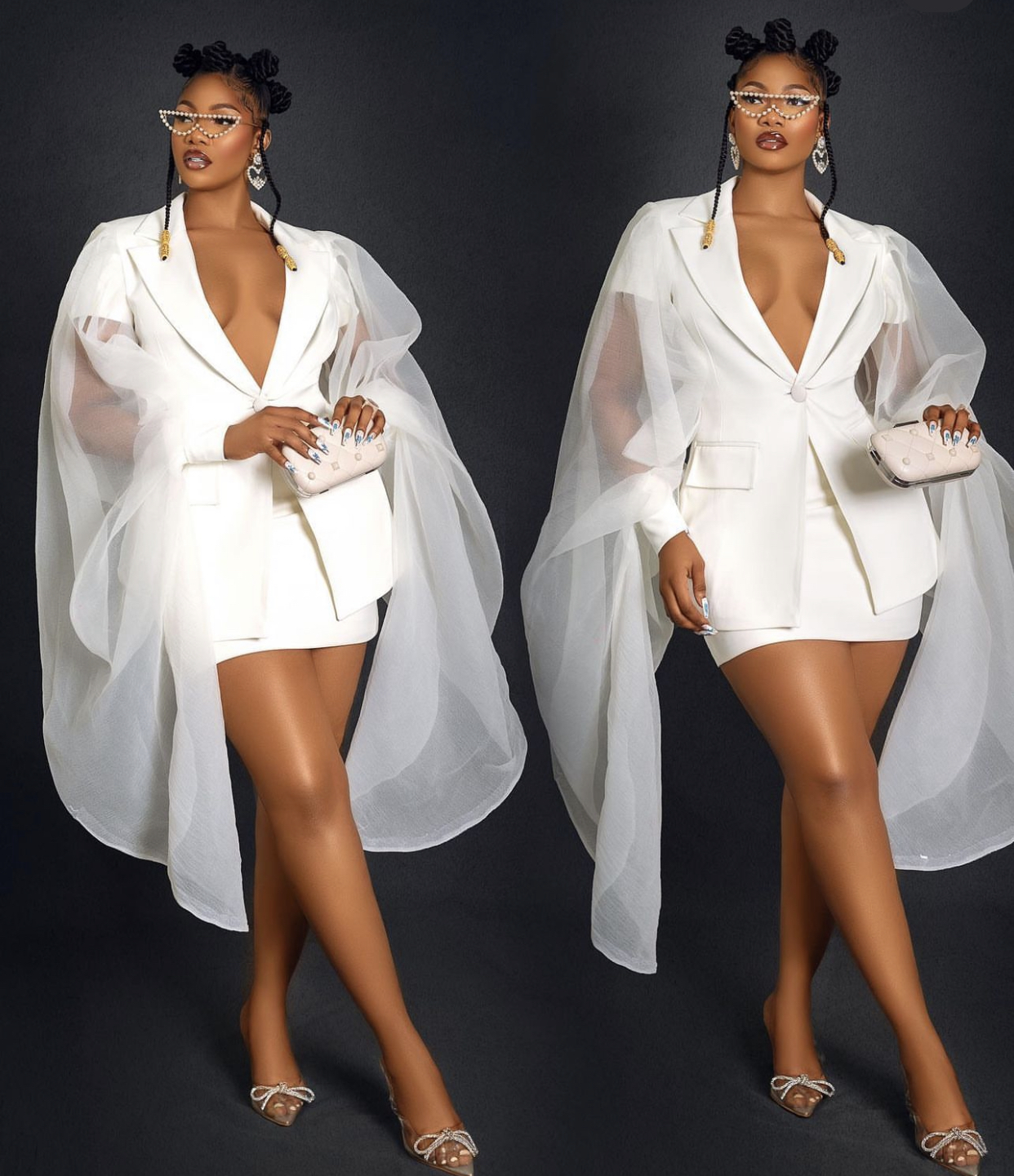 Tacha, who certainly was not having it, called the troll “mad”, before going on to reveal how much it cost her to get styled and do a photo shoot.

Following a rough estimate of over N2 million, she proceeded to tell the troll not to be “stupid”. 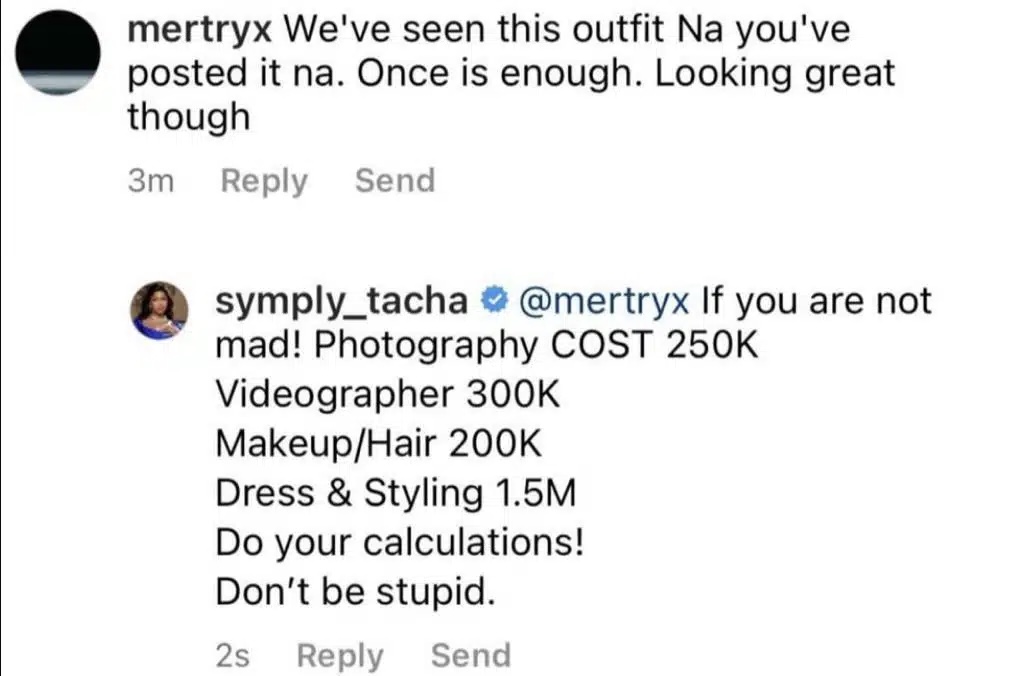