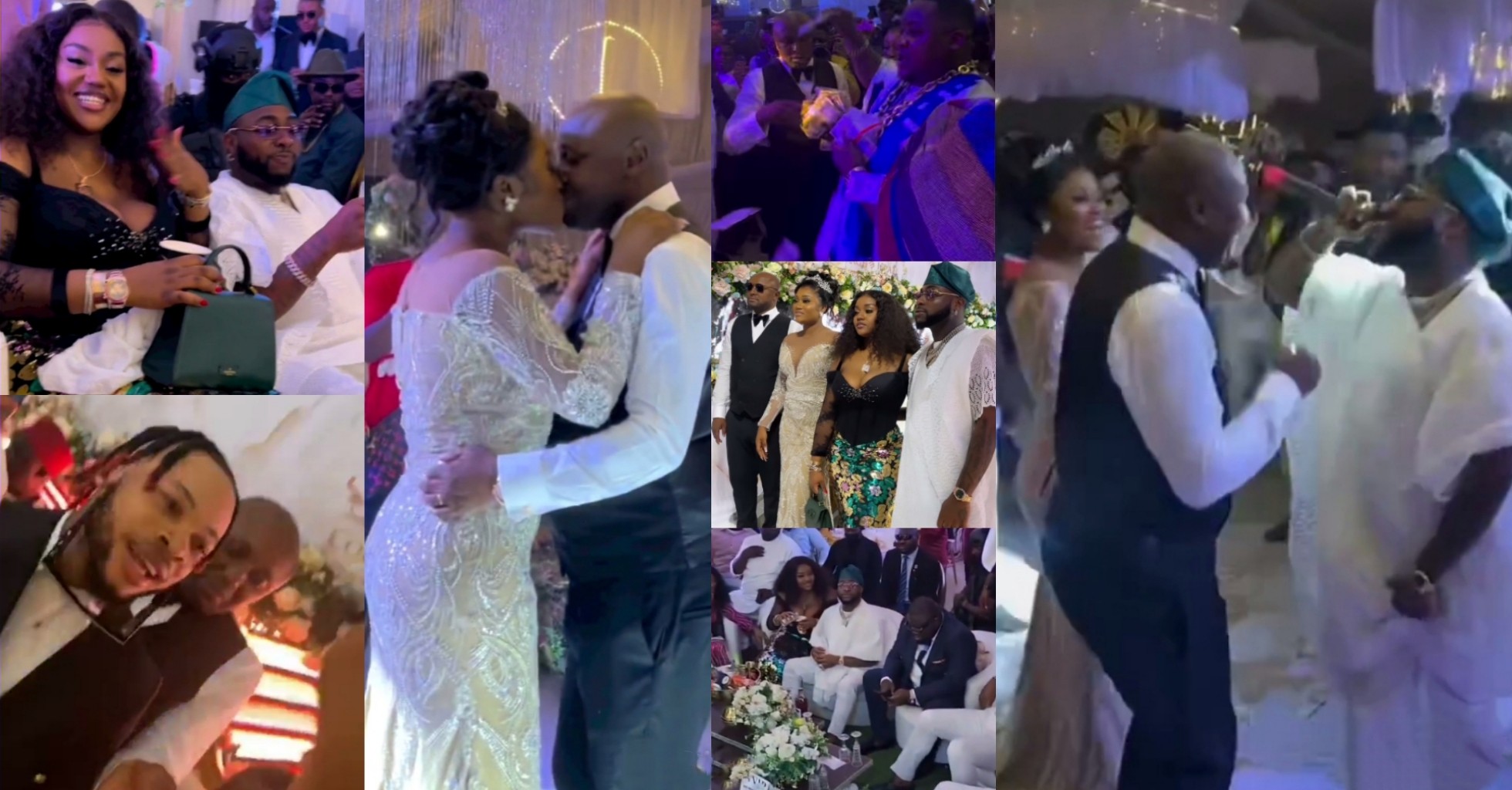 Davido’s outspoken logistics manager, Isreal DMW’s special day couldn’t have got any better after his boss went on stage to perform live at his wedding.

The Singer’s aide, earlier today, October 22, 2022, tied the knot in Benin with his beautiful bride.

Isreal, at his star-studded wedding reception, could be seen in a viral video dancing with his bride while his boss Davido performed some of his biggest hits of yesteryears.

Also, Isreal in his funny way, couldn’t help but crack people up as he tried to kiss his bride.

Another video from the ceremony captured the moment Davido’s Babymama Chioma Rowland, Celebrity barman Cubana Chiefpriest, Dancer Poco Lee, among others all jubilated at the venue of the wedding party.