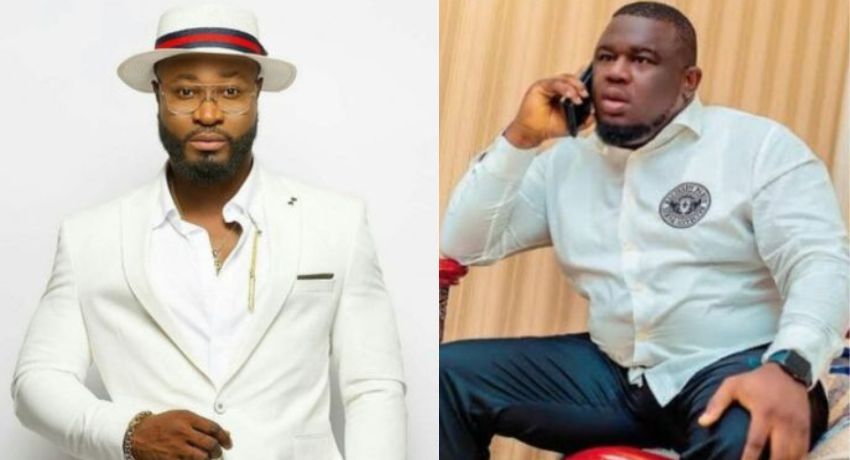 Top music executive, Soso Soberekon has finally broken his silence on the arrest of singer, Harrysong.

WITHIN NIGERIA recalls the music executive had filed a lawsuit against Harrysong for alleging that he hired assassins against him.

Reacting to the allegations, Soso Soberekon sued Harrysong and demanded N500million compensation for tarnishing his image.

Harrysong was later arrested on arrival in Lagos by police officers. However, he was released after tendering an apology to Soso.

Sharing his side of the story, Soso Soberekon went on an Instagram live session, revealing that he dropped all charges against him.

READ ALSO  I Married As Virgin At 33 – Chigul Spills

Soso stated that he didn’t want to go dirty with Harrysong, as that isn’t his personality.

He added that he felt sad knowing the singer slept in the police cell, stating that he had to fly in from London to close the case, as it was likely to be charged to court. He said in part:

“I don’t want to go dirty. I don’t do this. What happened is that Harrysong apologised at the station, which wasn’t under oppression.

It was sad that he slept there; I didn’t like the fact that he slept at the station, inside a cell. But he was granted bail. I had to rush back ’cause they might charge him to court, and that can lead to something I can’t control”.

Recall Harrysong was arrested after stirring the hornet nest when he made a false allegation against his former boss.

READ ALSO  The moment I dread most is here – Yvonne Jegede opens up on ex-hubby, Olakunle Fawole being a deadbeat dad

While lamenting the issue of fake friendships in the Nigerian entertainment scene, he claimed that the music executive was after his life.

According to him, Soso wasn’t his friend because he sent people to kill him in Port Harcourt.

He made this shocking revelation during an interview on the Frankly Speaking podcast partly hosted by Comedian, Nedu.

His statement had cost him his arrest as he was picked up at the airport on Tuesday, October 11 by the police.

After much drilling and failure to provide any proof to his claims, Harrysong bowed to pressure and apologised to Soso. The apology took place at the State Commissioner of Police’s office.
Harrysong claimed that he made the allegation because he was under pressure. Following his apology which Soso had accepted, he dropped all charges against the singer.

“The info Larissa has on Chioma is detrimental, big wahala ahead” – Kemi Olunloyo spills Arsenal make Caicedo bid Fabrizio Romano reports that Arsenal have made a £60m bid for Moises Caicedo, Chelsea had £55m... Former Governor of Anambra State Peter Obi has revealed that Nigerians remain hopeful for a national rebirth which means returning... Chelsea are without a fixture this week after crashing out in the round 3 of the FA Cup a couple... Osun Tribunal: How The Use of BVAS In Osun Election Finally Favoured Oyetola

It will interest you to note that one of the news making the rounds on social media is about the... MCI 1-0 ARS: How Arsenal Can Secure the EPL Title After They Lost In The Fa Cup Semis

As the 2022-23 Premier League season approaches its climax, Arsenal find themselves at the top of the table, with a...