Recall that on Monday, 10th October, social media was agog after a clip of the crossdresser getting intimate with an unknown lady emerged.

While some were wowed by his sexuality as they thought he was gay, others claimed that the crossdresser intentionally shared the video to prove that he is straight.

Amid the heat, the self-acclaimed ‘Princess of Africow‘ took to his Twitter handle where he lamented being sad and depressed for the first time in a long while.

He went on to assert that he can’t sleep as he is having bad dreams.

“For the first time in a long time I am sad & depressed, I feel down and tired. Is this what it fell like.

“I can’t sleep well, I am havering a bad dream”. 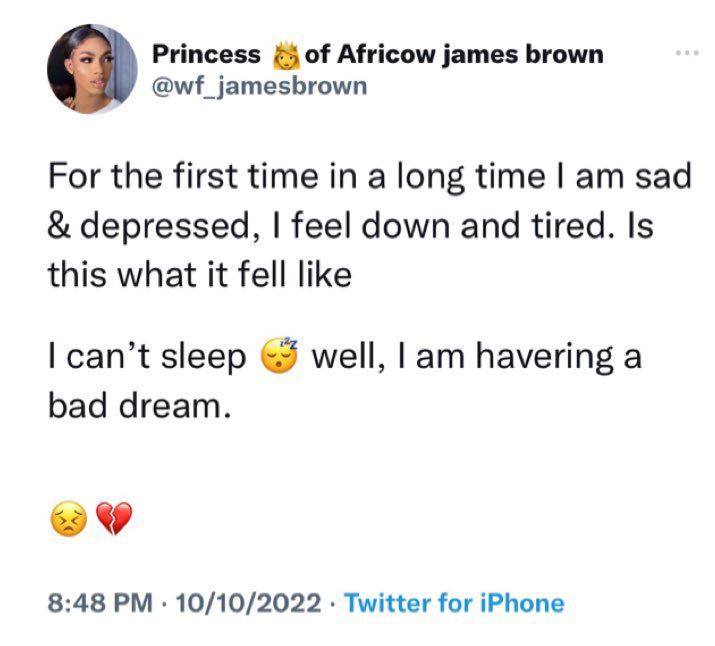 READ ALSO  Nigerian Singer And Drummer, Ara Reveals How She Improved Her Craft As A Drummer
Related Topics:CelebritiesJames BrownJames Brown tapeTapeTwittervideo
Up Next