Popular Media personality and Big Brother Naija Host, Ebuka Obi-Uchendu, has shared his opinion on the best ship in the Level Up edition house.

The BBNaija season 7 was not different from past sets when it boiled down to housemates forming relationships on the show.

Some of these relationships became more than casual and transformed into ‘ships’. The show which ended on Sunday witnessed minimum of 5 ‘ships’ ranging from Shella, Groophy, Dozzy and more.

In a video that has gone viral, Ebuka picked Doyin and Chizzy’s relationship as his favorite in the Level Up house and backed it with a genuine analysis.

According to him, Doyin and Chizzy relationship came as a surprise to everyone. He said the ship evolved naturally, reason they are loved.

The BBNaija Host also eulogized the chemistry between Bryann and Daniella. Ebuka said they supported each other during the show and thought they would go into a relationship, only to end up as friends.

WITHIN NIGERIA captured some of the reactions that trailed the video: 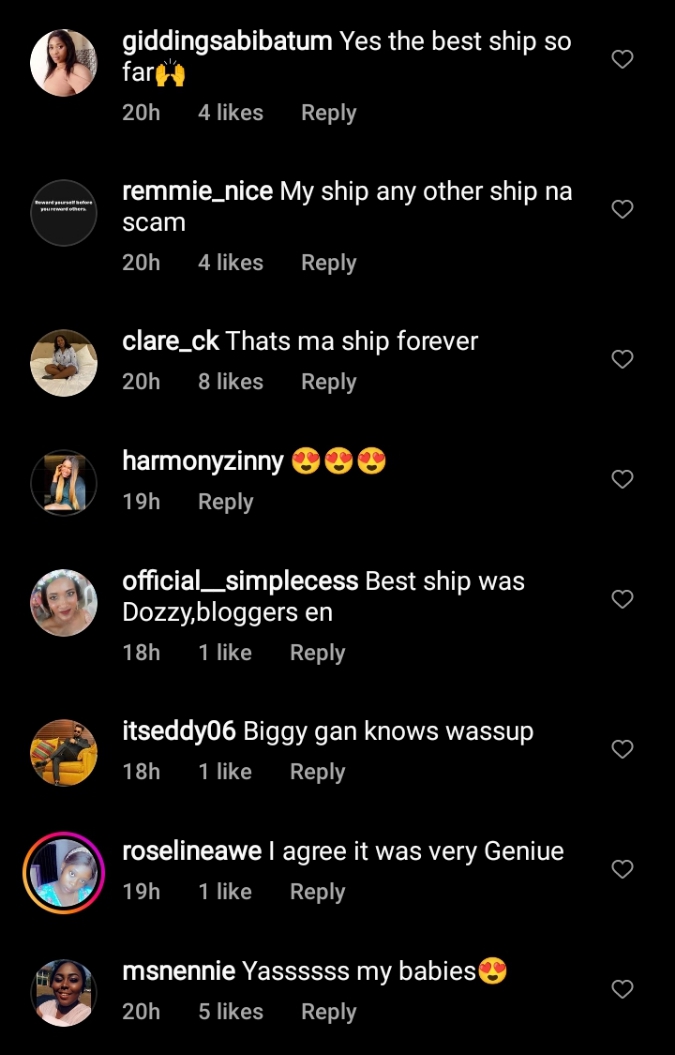