This is coming barely two months after Joeboy premiered his song of the year, titled ‘Contour’ which was produced, by popular beatmaker, Tempoe.

Following the release of the track, veteran singer, Asa served him a notice stating that the song ‘Contour’ infringed on the copyright of her musical composition.

As stated in the letter, Contour infringed on the copyright of a musical composition that was created by Asa in a recording session that took place on the 22nd of September, 2022 with producer, Tempoe in attendance.

Reacting to this, Joeboy took to his Instagram page on Tuesday, October 4 to share the letter and called Asa’s notice a bluff.

He stated that it is over 48 hours since the singer had threatened to take legal action against him and she is yet to do anything. 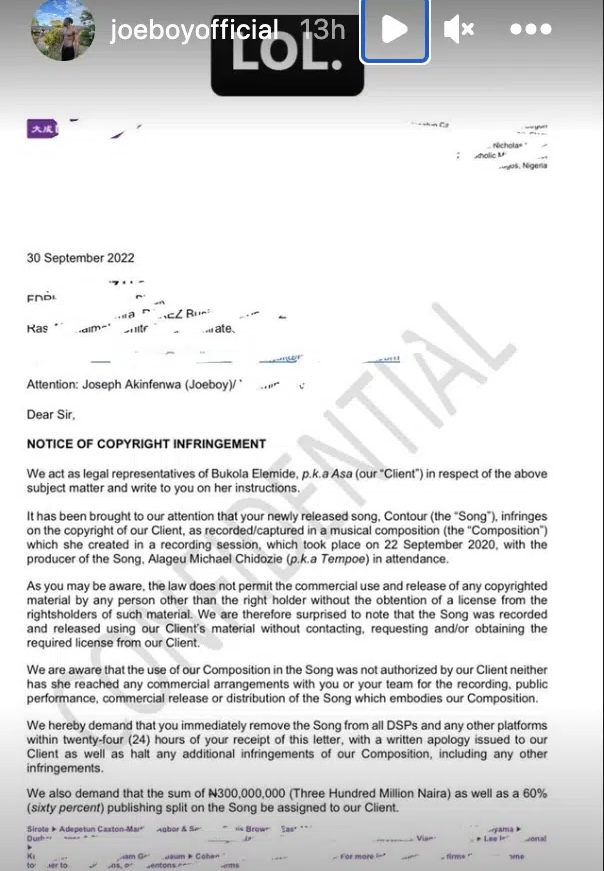 “Cos U dey always do love and light and you think sey I be soft meat. You said I have 24 hours, it’s been 48 hours, do something.”