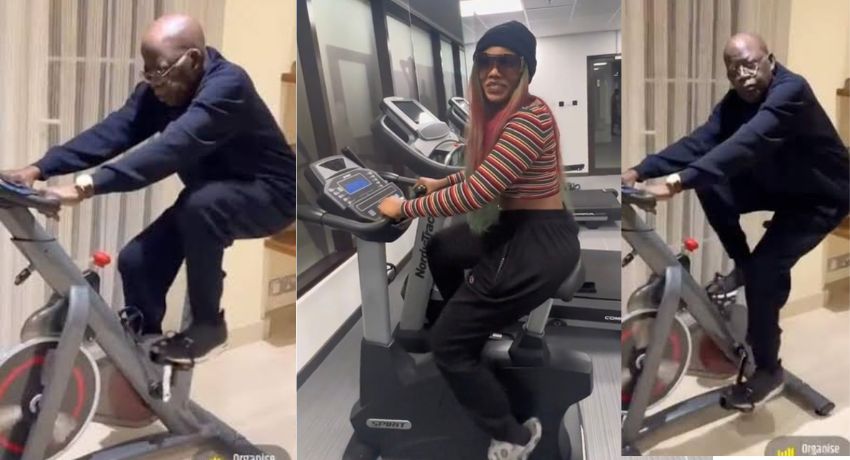 Big Brother Naija alum, Tacha Akide has hopped on the ‘proof of life’ challenge’ which has began to trend on Twitter.

‘Proof of life’ challenge is a recreation of the workout video of the All Progressives Congress (APC) presidential candidate, Bola Tinubu.

WITHIN NIGERIA had reported that Tinubu in the video released via his Twitter handle on Sunday, denied reports that he has withdrawn from the 2023 presidential race.

In a statement released alongside the video, Tinubu stated that he is strong, healthy and ready to serve Nigerians from day one in office.

However, the video after it was shared began to trend on social media with many critics, mostly youths, recreating the video, tilted with mockery.

Contrary to the rumours, the loyalists of the former Lagos State governor noted that he is outside the country to rest.

READ ALSO  VIDEO: “How I spent N2M at a club” – Bella Shmurda reveals, expresses regret over past extravagant lifestyle

Joining the bandwagon, Tacha Akide via her Tiktok shared a video of herself in a gym cycling.

Giving her reason for the exercise, the 27-year-old, said she is trying to ‘showcase her proof of life.’