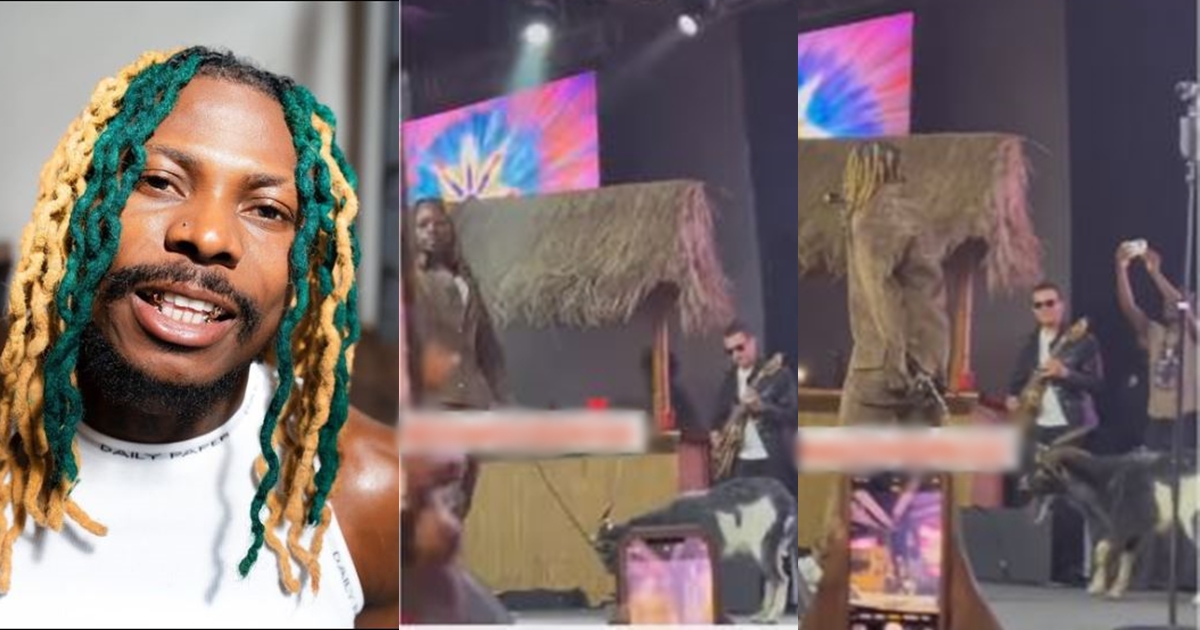 Hilarious reactions have trailed the moment the fast-rising singer, Ahmed Ololade Asake brought a goat on stage while performing in a recent concert.

In the clip, the YBNL signee could be seen dragging the goat which proved stubborn by retrogressing despite Asake’s effort to make it follow.

The Organise Hitmaker is currently one of the most talked about artists in Nigeria following his debut album release, ‘Mr. Money With The Vibe’.

This display by Asake attracted several uproarious reactions from fans.

sir_rolando wrote:
“What is this. Asake well so. When he nor first carry goat he nor blow???”

Also, Asake recently shocked the world after he sold out the O2 Academy arena in 5 minutes and crashed their website due to an influx of internet users struggling to book a ticket.