The Personal Logistics Manager of singer Davido, Isreal Afeare alias Isreal DMW has dropped a cryptic statement while sharing a photo of the crooner and his third baby mama, Chioma Avril Rowland.

Davido and Chioma Avril Rowland have been on the lips of many due to speculations about a possible reunion following their recent romantic display.

The duo has been spotted together several times having some fun moments which goes a long way to give an impression that things must have taken a favorable turn.

READ ALSO  “Is he your mate?” – Davido’s fans descend on Rema over birthday message to singer

Strengthening the viral reconciliation claim, Isreal DMW shared what appeared like a piece of advice on his official Instagram handle. 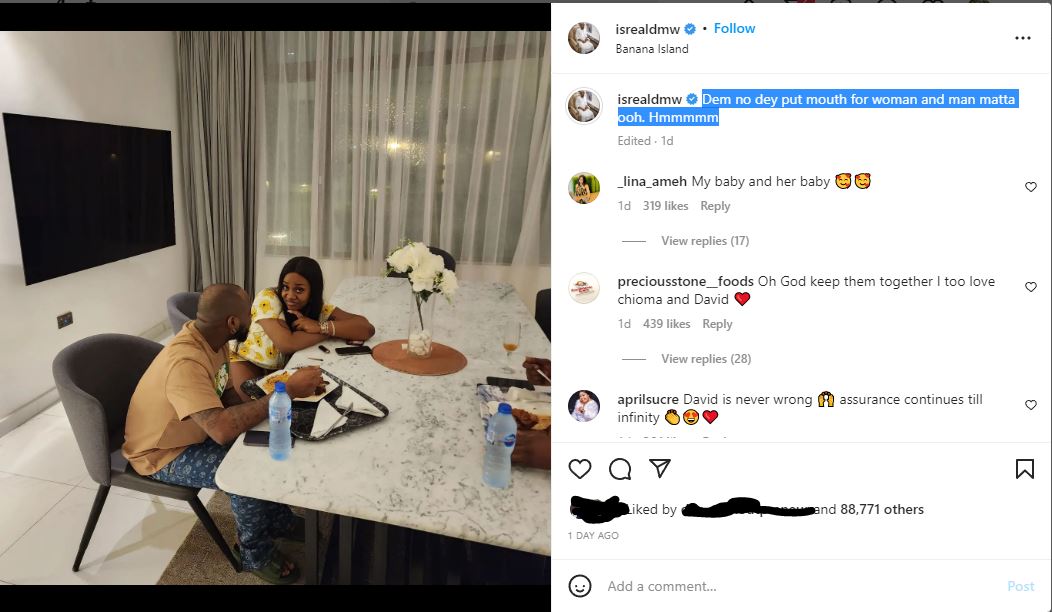 This comes a few days after the popular club owner, Cubana Chief Priest shared a video of Chioma and Davido having fun at a club while affirming that she’ll definitely birth another baby for the singer next year.

BBNaija s7: “Best ship for this season” – Netizens gush as Doyin and Chizzy link up in cute video