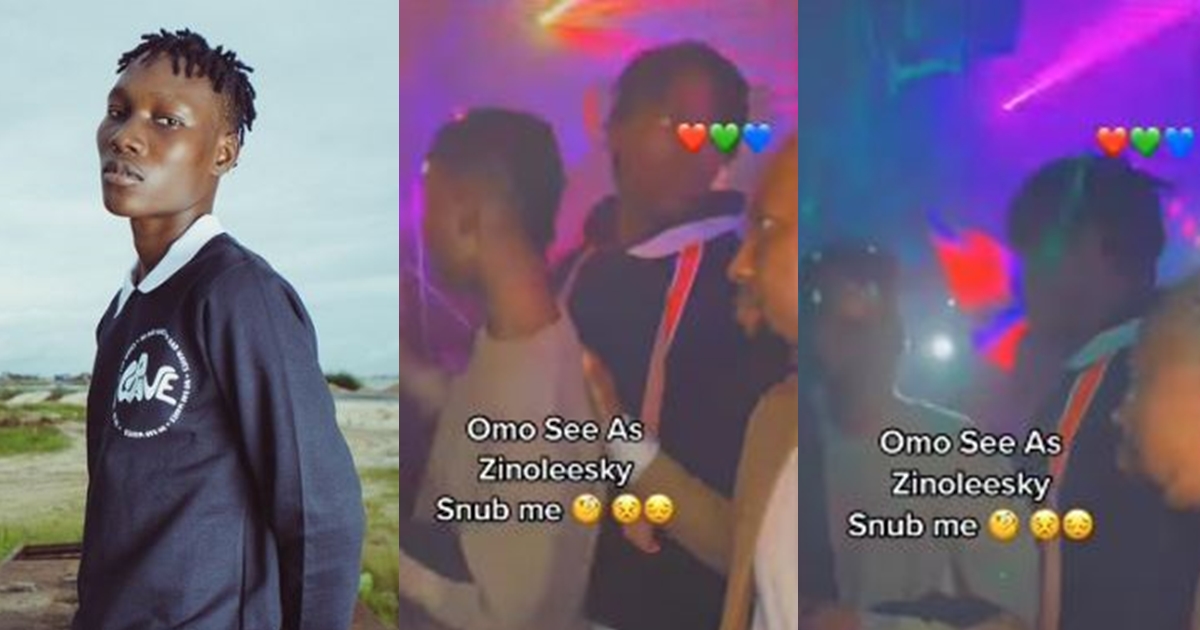 A male fan has expressed displeasure after being snubbed by the budding music star, Oniyide Azeez, better known as Zinoleesky at a club.

In a video shared online, a man from Zinoleesky team could be seen tapping the crooner in a bid to draw his attention towards the fan who was eager to be noticed.

However, despite the efforts of the man to get Zinoleesky attention, the singer appeared quite engrossed in the discussion he was having and couldn’t attend to the fan.

Disappointed by this, the fan was left with no other choice than to tilt the camera away from the singer’s direction.

Captioning the video, he wrote:

READ ALSO  Singer, TFame escapes death by the whiskers after being stabbed multiple times, allegedly by his ‘besties’

”Omo see as Zinoleesky snub me,”

The clip however stirred mixed reactions from netizens, while some made a case for the crooner stating that he was busy, others weren’t pleased with his gesture.

officialswaziy wrote; “Can’t you see his in a middle of transaction”

risky.richie07; “Omo Nor be your matter hoo the guy”

iamjosh__xx; “Na him f**k up….who zinoleesky sef be who him help”