Veteran Nollywood actress, Halima Abubakar has tendered an apology to her colleague, Annie Idibia after she dragged her into her online bout with Apostle Johnson Suleman.

Recall that Halima Abubakar who has been slamming the Omega Fire Ministries General Overseer over her pitiable state of health raised eyebrows after she mentioned Mercy Johnson and Annie Idibia while affirming that they must get their dose of online lashes.

Be it as it may, Halima Abubakar through her manager who claims to have been handling the thespian’s page owing to her ailment took to the actress’ IG stories to apologize for mentioning Annie’s name.

According to the post, Halima Abubakar was Annie Idibia bridesmaid during her wedding in Dubai. The post also held that Tuface’s wife has nothing to do with Suleman.

READ ALSO  Bobrisky loses cool, blasts comedian, Sir One On One after he indicated interest in marrying him

“Good morning to you all. You can’t tell a story, without names. No one is here to drag Annie. Halima won’t do it. Halima was a bridesmaid to Annie in Dubai. She left even Annie pissed cos, Halima was crying on the phone. All day it was usually always an issue with him.

She has nothing to do with Sule…like sory u will be mentioned…so you will know how long, this has been. She is married, and will stay married.xoxo” 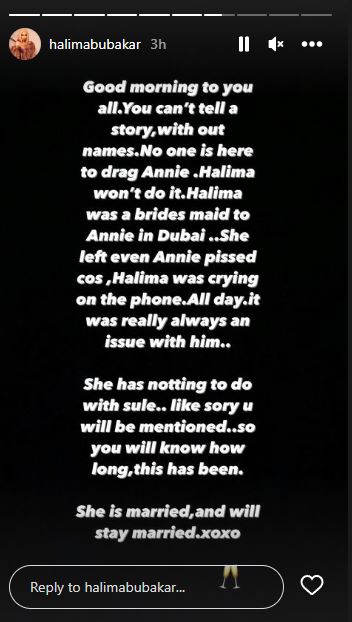 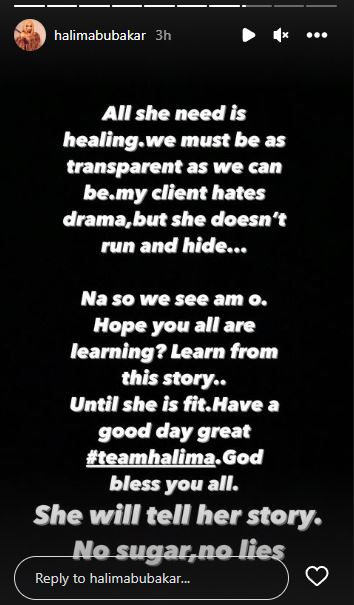 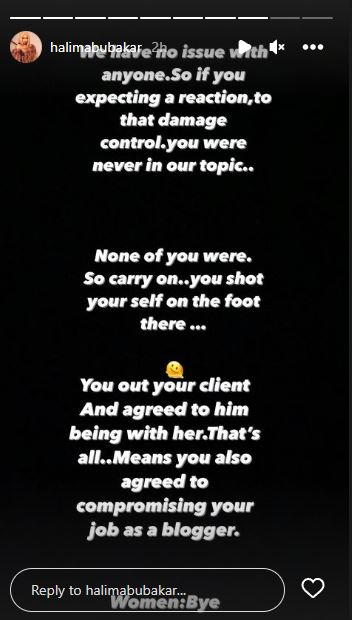 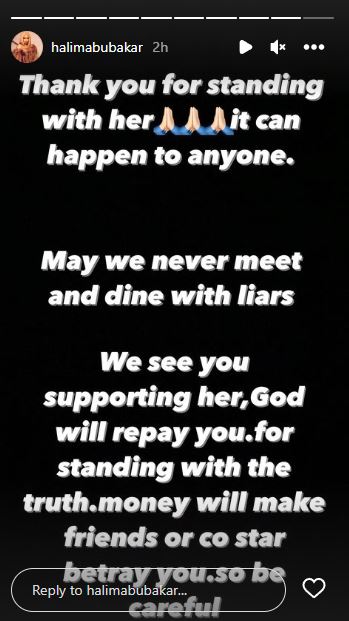 “Thought the patch was for fashion” – Speculations trail alleged throwback photos of Ruger, other singers