Media personality, Ebuka Obi-Uchendu has broken his silence regarding the rumour that he has joined the Illuminati.

Ebuka had earlier taken to his social media pages to disseminate photos he had taken with the Microsoft founder in New York where he had hosted the Goalkeepers 2022 Awards of the Bill and Melinda Gates’ Foundation.

The photos shared by Ebuka Obi-Uchendu elicited suspicion from an IG user identified as @Phemolino1313 who claimed that he had joined Illuminati.

However, the BBNaija alum and host reacted by querying the IG user why he hadn’t received his $100 million welcome alert if he had truly joined the secret society. See post below: 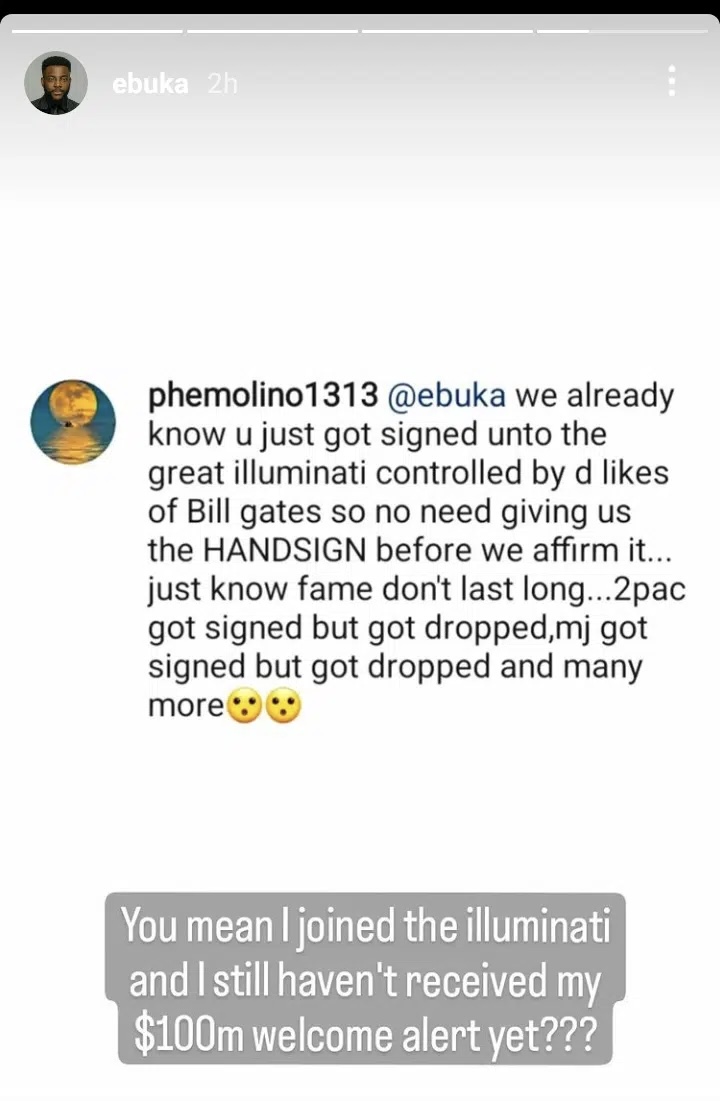 *The Illuminati are allegedly a secret organization that supposedly have the power to influence world affairs, control the media, and sway governments.

Being a secret society for the high and mighty, little is known about them but some of the most famous celebrities from around the world have been ‘rumoured’ to be a part of this organization.