Twitter users descended on the popular songstress, Tiwa Savage after she released a new song.

The singer took to her verified Twitter handle where she shared a snippet of the new jam titled, ‘Koo Koo Fun’ which sparked massive reactions from her tweeps.

Koo Koo Fun is a song by Major Lazer featuring Tiwa Savage & Major League Djz. This happened to be the first time she jumped on the Amapiano sound and Twitter users weren’t pleased with her performance.

Watch the snippet below:

Let’s have some koo koo fun 💃🏽

Reacting to this, the popular and controversial Twitter user, Daniel Regha labeled the song as Tiwa’s worst jam ever since she began making music.

“Tiwa Savage ur new single “Koo Koo Fun” is the w¤rst song u have released since u started ur music career; It d¤esn’t have replay value. Amapiano !sn’t for everyone, I get that u are trying to evolve as an artiste, but d¤n’t ru!n ur legacy by dropping ch!ldish songs. No shades.” 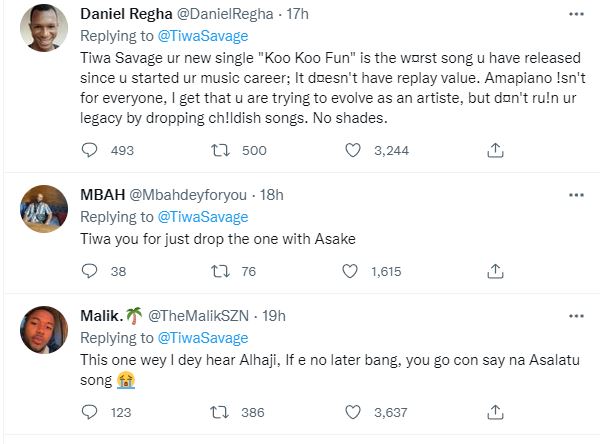 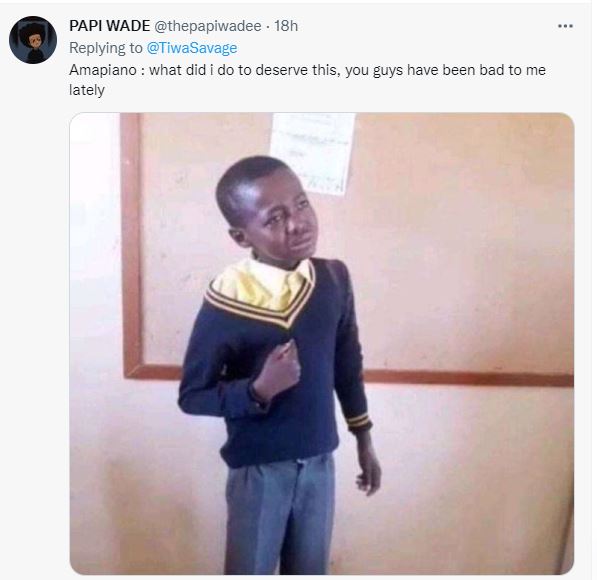 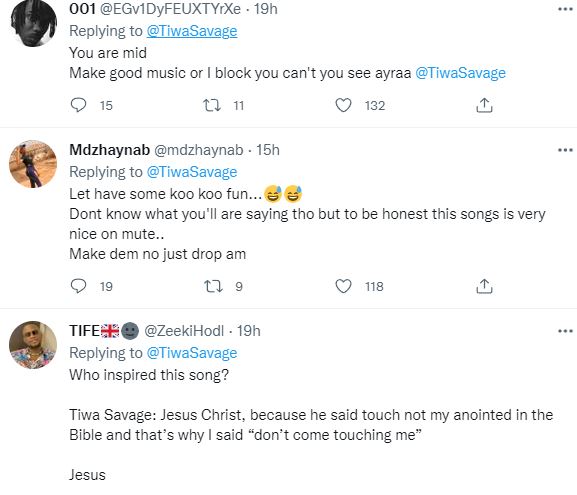 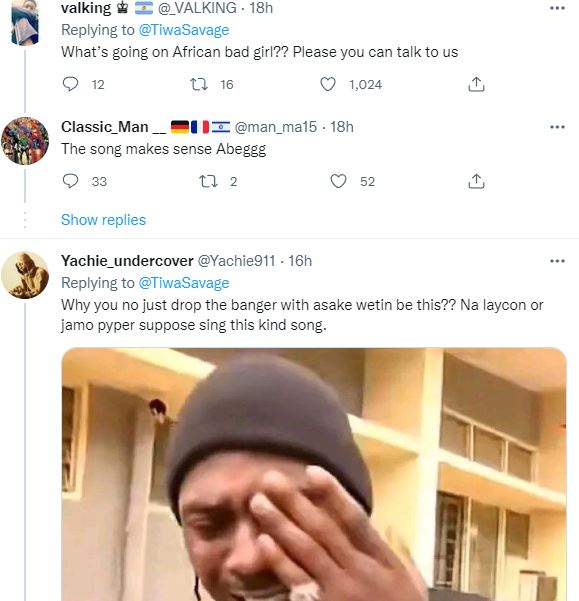