Veteran movie star, Shan George has shared a series of cryptic notes about dislike and hatred amid being dragged to filth by her colleague, Halima Abubakar.

It is important to note that Halima’s face-off with Shan George ensued after the latter publicly denied having any amorous ties with Apostle Johnson Suleman in contrast to what Halima Abubakar and the controversial blogger, Gistlovers held.

Taking to her Instagram page, the thespian rolled out some notes about people developing acute hatred for others.

The only reason some pple dislike u, is bcos they think u will need their help, dem wan avoid u in advance. That’s how wicked some pple r.
Na lie? Wicked pple everywhere 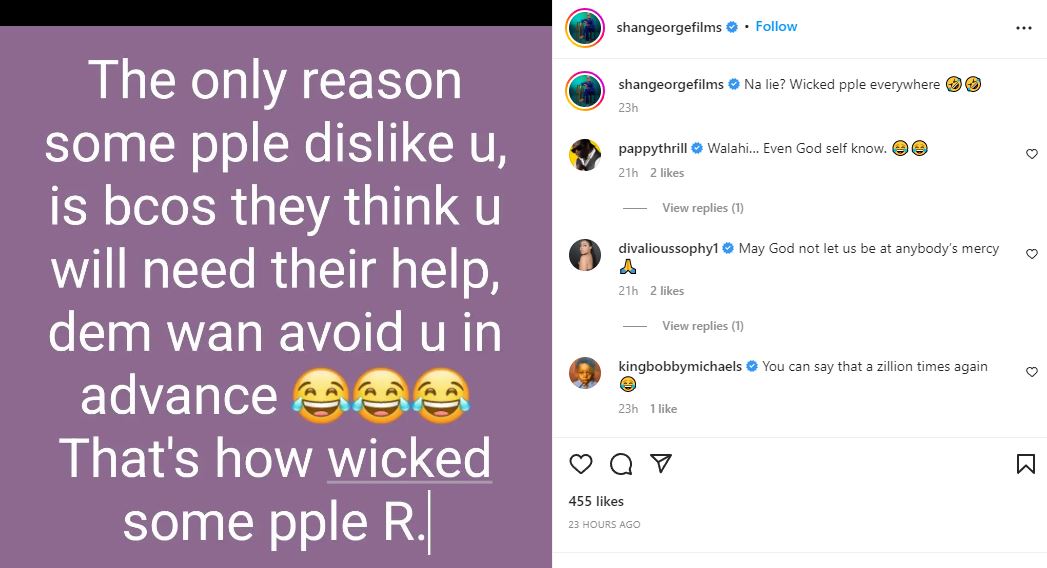 On her IG story, she also spoke against people who transfer hatred from a person to their kids. According to her, people like such are evil and have no joy in their hearts.

“Anybody wey h*te u, e no satisfy wit h*ting u, e come h*te ur pikins join, that person is deeply evil and has no joy in their heart,” she wrote. 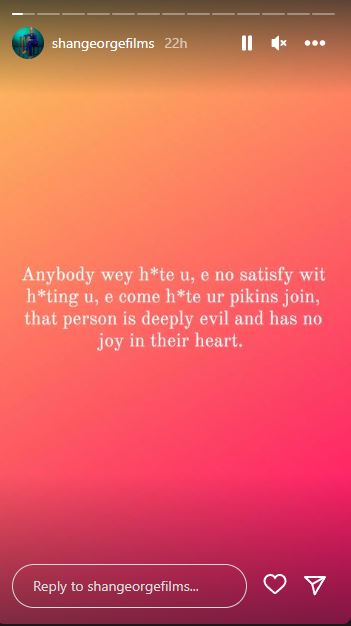