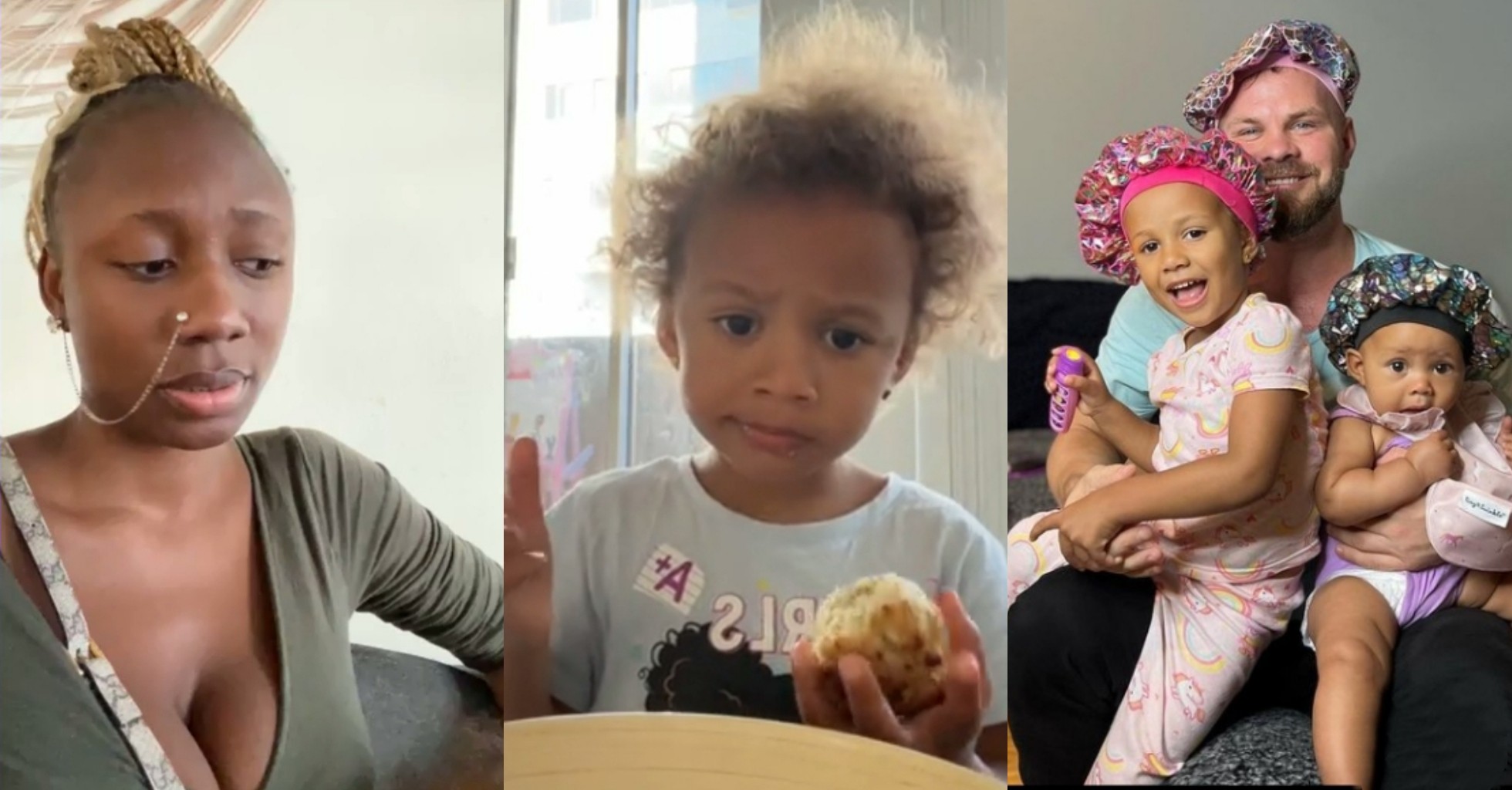 US-based Nigerian dancer Korra Obidi has lamented profusely after her first daughter, June Dean, was turned away from school due to head injury.

Recall that Korra’s marriage took a turn for the worse when her husband Justin Dean announced on social media that they were getting divorced.

Since the estranged couple share two kids, they found a way to co-parent following a court order that entails sharing joint custody of the kids

On Monday, The mother of two who has been away on a music trip from her babies for a week, went on Facebook live and bitterly narrated how her first daughter, June, was turned away from school by the teachers who noticed a head injury on her head.

According to the dancer, she was compelled to get a doctor’s report first before returning her to school.

Korra went on to apportion blames on her estranged hubby, Justin, for being reckless with their kids during her absence.