Nollywood actor, Uche Maduagwu has fired back at the popular thespian, Yul Edochie after he blasted him for faulting his birthday post for his (Yul) wife, May Edochie.

Uche Maduagwu in a post on Instagram dragged the father of five over his birthday message to his first wife while faulting him for professing an undying love for her when he still impregnated and married another woman; his colleague for that matter.

In response to the jab, Yul Edochie terribly lambasted Uche Maduagwu while mocking him in all ramifications.

Uche Maduagwu who is ever-ready for a blast has now rolled out a hotter shot for Yul Edochie. He asserted that the actor went from grace to grass after introducing another woman into his family.

OJU Gbami TI Fun BOBO YI, it is so obvious when God Dey share common sense for #Nollywood you were busy #dancing ZAZU on top Naira inside church. Your First Pikin Na 17 for University yet you were not MATURE enough to RESPECT am by not setting bad example, instead you #follow Ikebe go give your colleague BELLE, and then pay her #Bride price, that was when you fell from GRACE to GRASS. I Influenced Jim Iyke #movie and it allegedly made over 200 million Naira in profit, Bros my Red Bra alone is more RELEVANT than your entire acting career #share #bbnaijalevelup #marriage #instavid #lekki #post good

See the posts below: 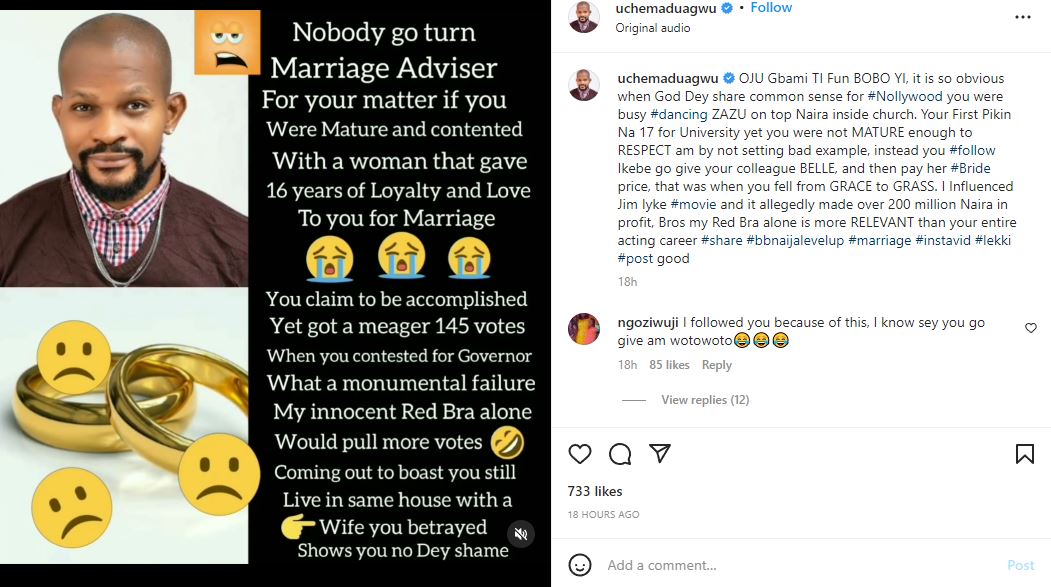 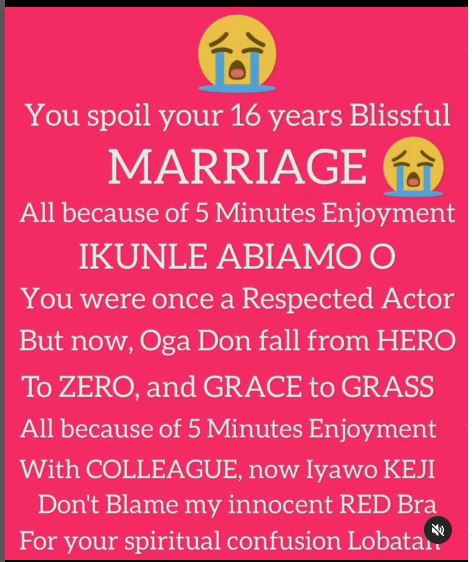