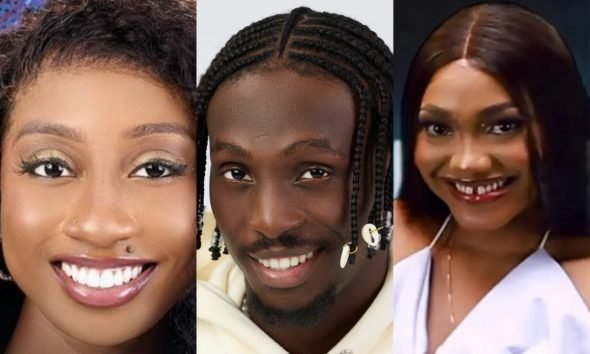 After being Biggie’s level 3 house guests for one week, Eloswag, Chomzy and Doyin have left the Big Brother Naija house.

Recall that Eloswag, Chomzy and Doyin were evicted last week but due to a new twist introduced by the organizers, they remained in the house.

They were initially moved to a new house, Level 3, before going back to the main house on Tuesday.

However, on Sunday, during the live show, three Ninja’s escorted them out.

Biggie announced that the three housemates should leave the house.

They were, however, surprised at the announcement.

Meanwhile, Allysn, Hermes, Bella, Sheggz, Dotun and Adekunle are up for evictions