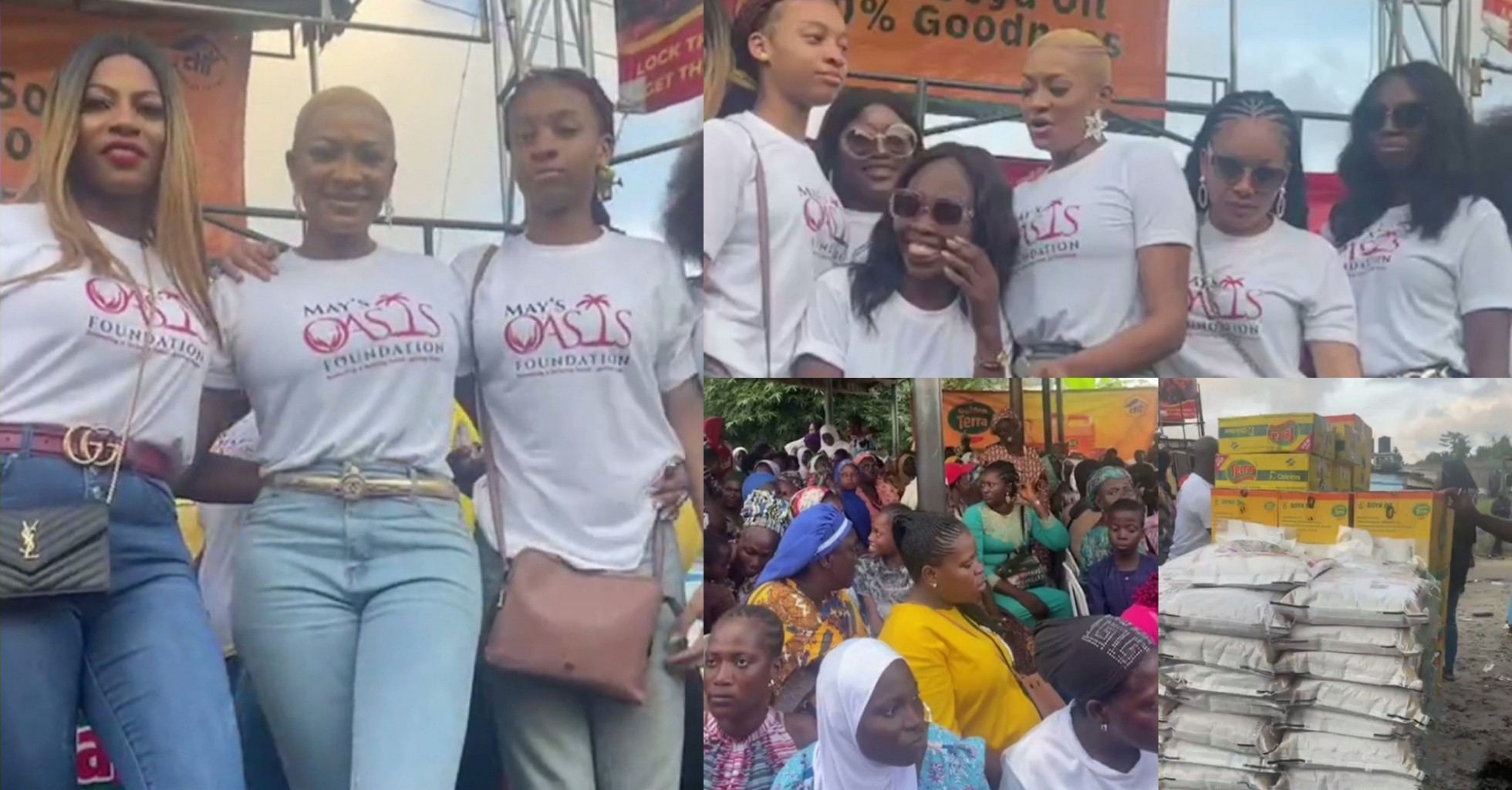 May Edochie, First wife of Nollywood Actor, Yul Edochie, decided to share her goodwill with people who are not as privileged as she is, on her birthday.

The mother of four clocked a new age on Friday, September 16, and she received an overwhelming show of love from family and fans.

In the spirit of celebration, May alongside her daughter, Danielle, and some other friends and supporters stormed the streets of Lagos for an outreach programme.

In the clip shared on Instagram captured the celebrant, her daughter and some others in an interesting dance competition that attracted residents in the community.

However, it wasn’t just about dancing alone as May also made sure to make people happy in her own little way by equally giving out different food items.

Davido reveals what will happen to man who threatened Chioma