A trending clip showing how a car owner wept openly and begged while his vehicle was being auctioned has got the internet buzzing with several reactions from Nigerian Celebrities like Daddy Freeze, Mercy Eke, others.

On Thursday, Lagos State Government through its Ministry of Justice and The state Taskforce, organised the public auction of over 134 abandoned and forfeited vehicles, at Lagos State Task Force’ headquarters, Alausa, Ikeja, where a crowd of auctioneers, agents, buyers and vehicle owners tried to outwit one another.

The event venue, which had participants as in a live football match, turned into an arena of tears and sympathy as a motorist faced the reality of permanently losing his vehicle, in the viral video.

“This is sad. What law did he break that he couldn’t be penalized with a fine or community service.”

Mercy Eke on the other hand, offered to help the motorist.

“I want to help him”

“It’s really sad to see this.. the worse part is that the people bidding are still the same people who auctioned the vehicles.

“The video breaks my heart so much.Why is this even a thing? Who put this barbaric law in place ?. Dear lord” 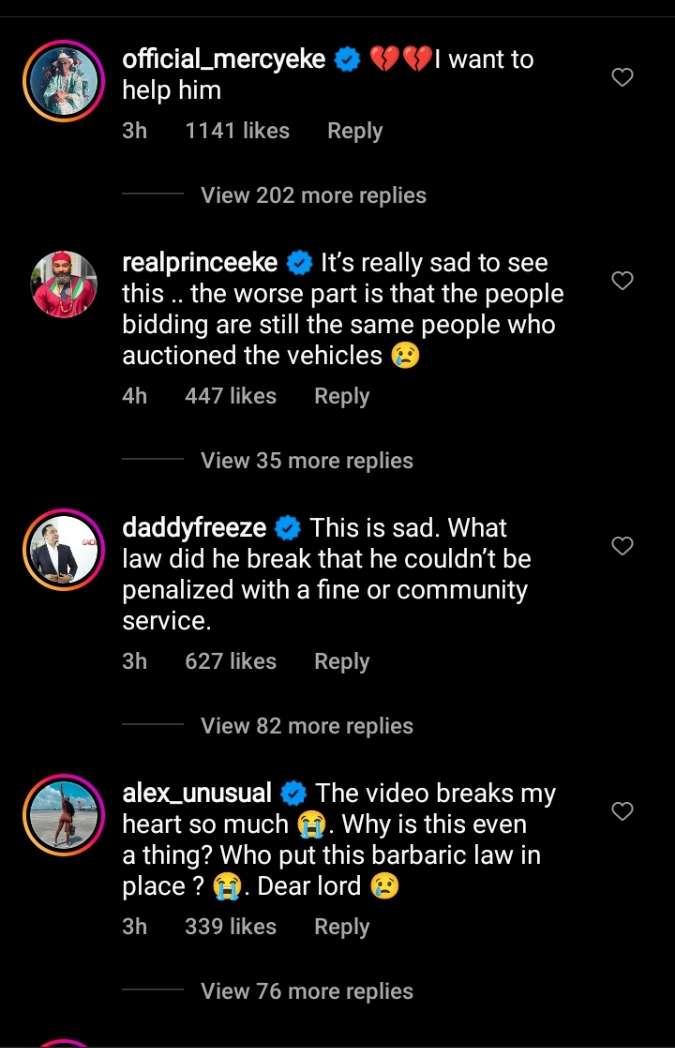