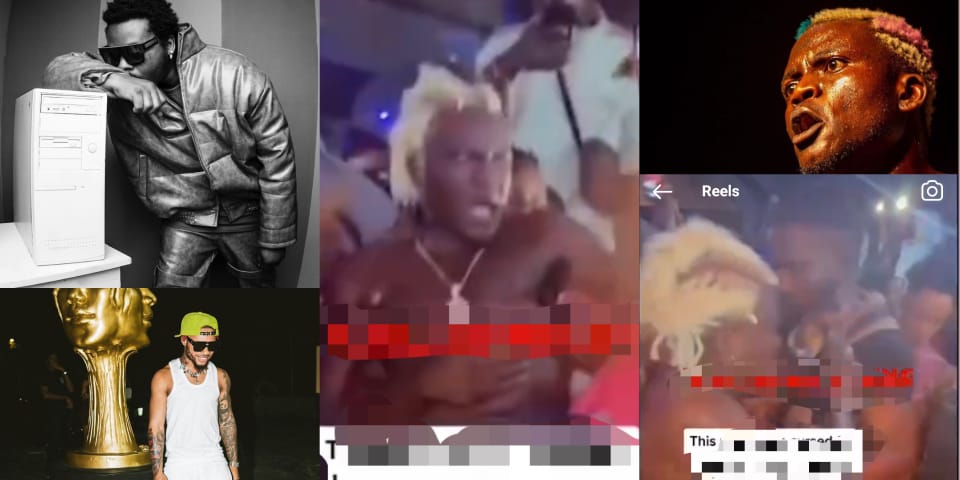 A new clip of Portable going wild and haywire during a live performance has stirred reactions from cybercitizens.

This comes days after reports claimed that the crooner got affected by a hard substance, Colorado he took without food while performing and consequently lost composure.

It was said that he was later rushed to a hospital where he received treatments before gaining consciousness.

Although, the singer debunked the report while claiming that his actions were in line with his style of performance a new video of Portable upturning the arena in the course of his performance has stirred concerns.

In the clip, Portable could be seen climbing what appeared like a barricade amid uproars from the audience.

Upon climbing the barricade with the aid of his bodyguards, the raving crooner began pushing his bouncers as he struggled to ascend the stage too.

A caption on the video reads:

This portable is c#rsed fr! Like WTF is this?! Pocolee and Olamide will be blaming themselves for helping this p!g

In reaction to the clip, netizens also chipped in their two cents…