Nigerian afrobeats singer, Buju BNXN is patiently waiting for Gospel artiste, Tope Alabi’s response to his request for a collaboration.

Recall Buju made the request in a Twitter post on Monday, saying that he needs the gospel singer on his album. With a crying emoji, he wrote:

“I need Tope Alabi on my album”

The tweet sparked mixed reactions on social media. While some supported his choice to collaborate with the Yoruba gospel artiste, others said he has no business doing a collaboration with one.

READ ALSO  How my father discouraged us from filmmaking, asked us to be lawyers instead – Kunle Afolayan spills

However, in a recent post on Twitter, Buju shared his conversation with a tweep, who claimed to know Tope Alabi personally and promised to make Buju’s dream come true. 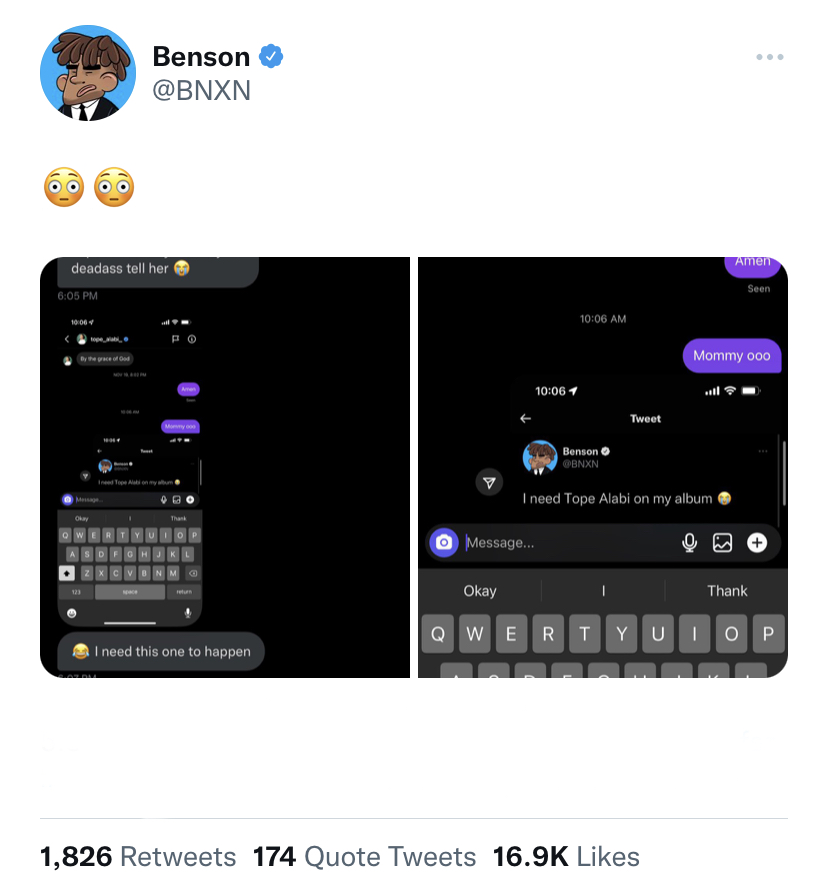 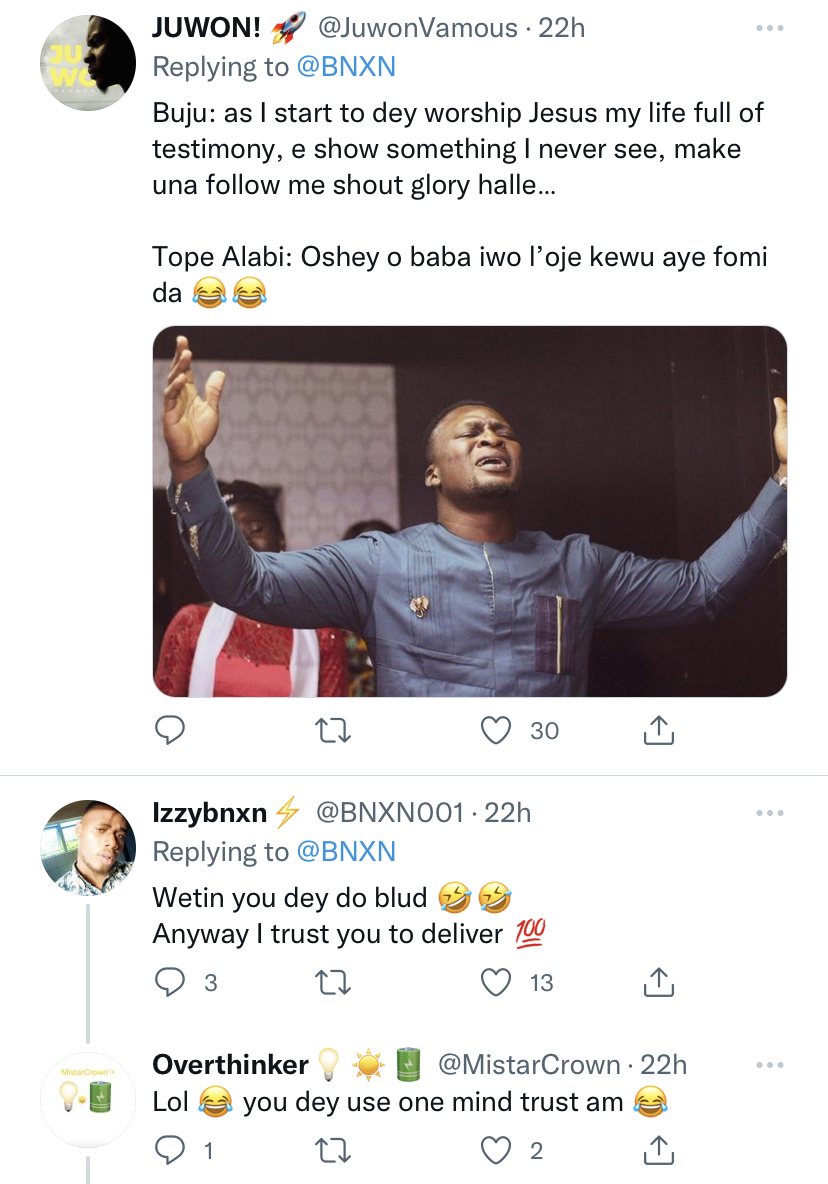 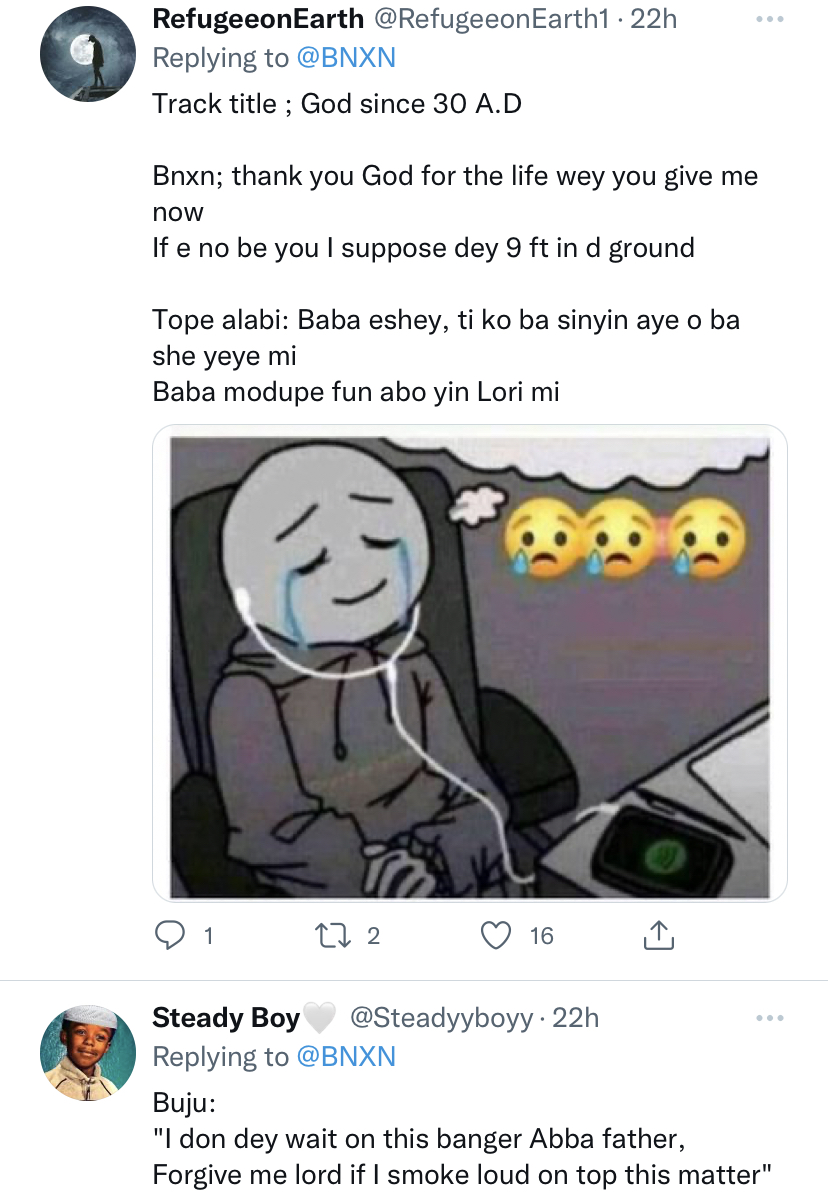 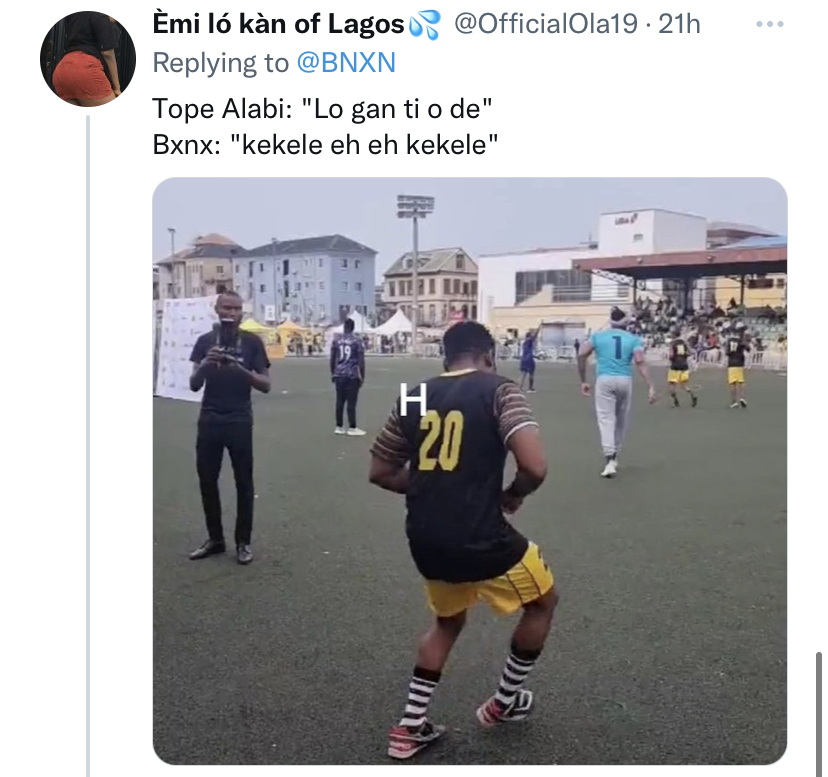 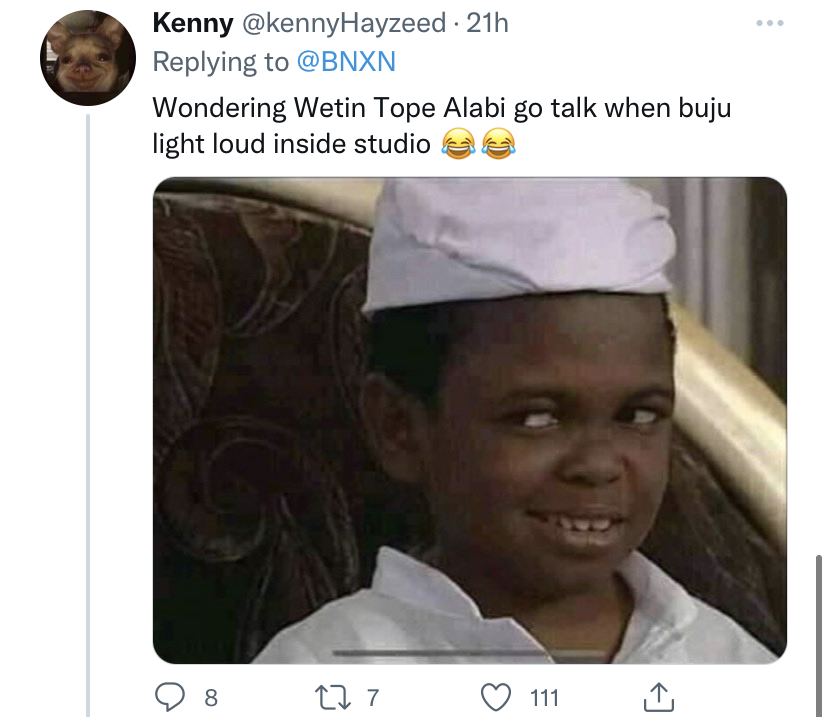 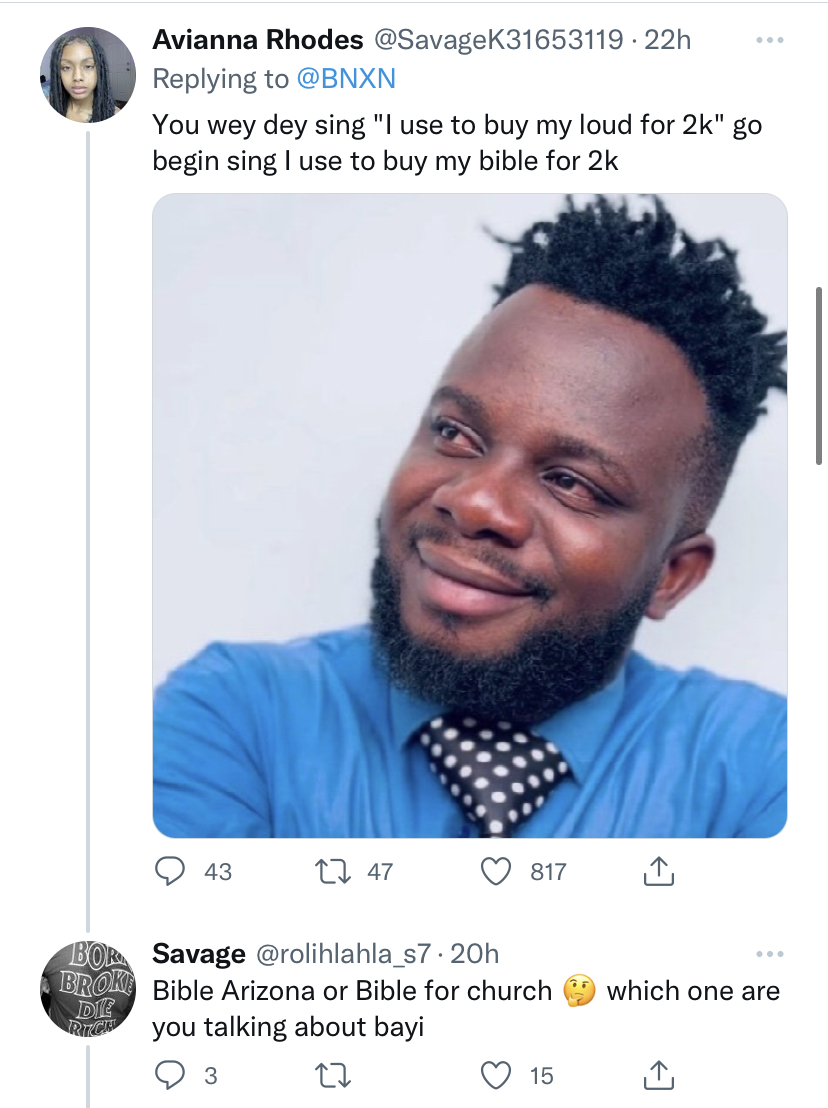 Buju BNXN was announced the winner of the Next Rated category at the 2022 Headies Award ceremony held last two Sundays in Atlanta, United States of America.

Speaking after the win, the singer formally born Daniel Benson dedicated the award to his mum who died of cancer.