Popular female disc jockey, Florence Ifeoluwa Otedola a.k.a DJ Cuppy, sparked relationship rumour after she shared a video of her and a man who she identified as Lorenzo in Venice, Italy.

Many of her fans and followers took to social media to congratulate her on the supposed relationship after the video went viral online.

Reacting, Cuppy in her Instagram story post, declared that she is still single and further stressed that Lorenzo is her close friend.

SEE VIDEO AND POSTS BELOW 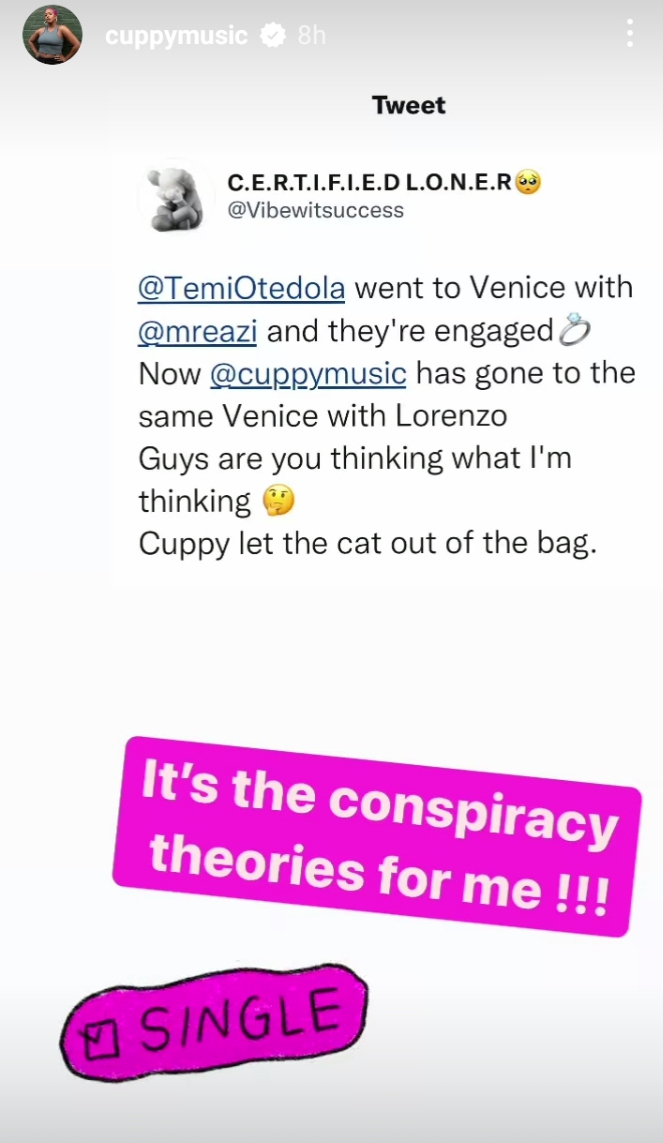 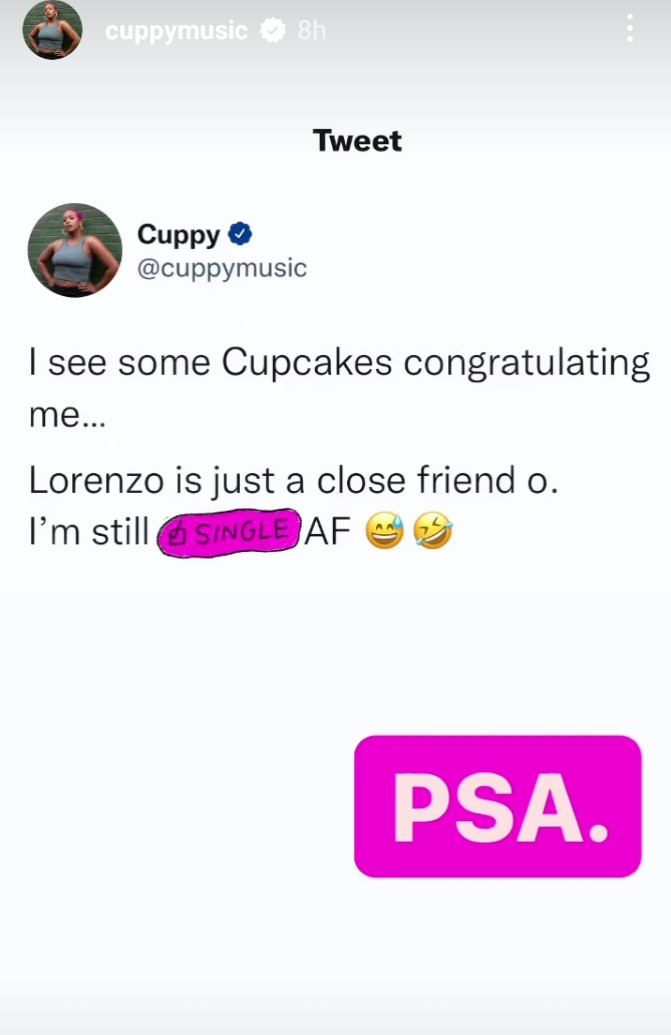 The disc jockey in another post went on to reveal that she should be getting married in Florence, a city in Italy, if Jesus Christ was not back by then. 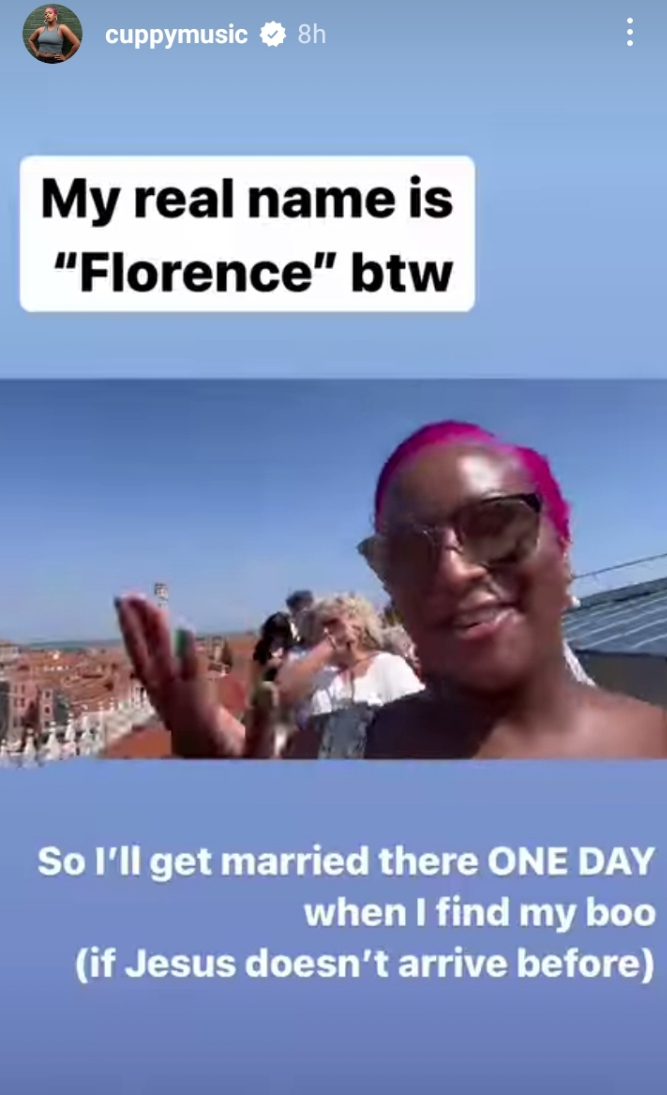 ‘I Wanted To Be My Own Superhero,’ Burna Boy Reveals How He Got His Stage Name (Video)