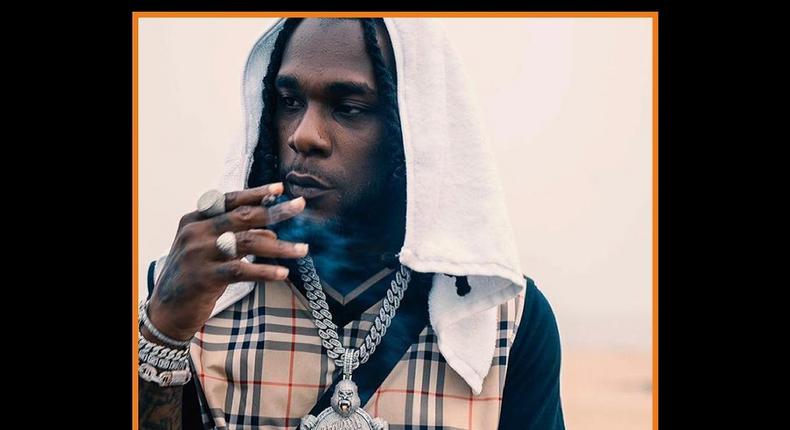 Nigerian music star Burna Boy has opined that hypocrisy is why marijuana has not been legalized in Nigeria.

Marijuana (also called weed, skunk, or Igbo) is still illegal in Nigeria, although it hasn’t stopped its widespread use.

A 2018 report by the United Nations Office on Drug and Crime (UNODC) revealed marijuana to be the most consumed ‘drug’ in Nigeria, being consumed by an estimated 10.8% of the population.

During a conversation about it in an interview with Home Grown Radio in Los Angeles, Burna Boy said he believes that hypocrisy is the reason it has not been legalized in Nigeria.

“It’s not a zero-tolerance. It’s like everybody does it, but no one wants to be the one that is seen with it. It’s just kind of hypocritical out there. Everybody smokes weed,” Burna Boy said.

The Grammy award-winning singer also said that misconception around the drug is another reason why it has not been legalized.

“It’s like some dumb shit, bro. You know those old shit when they talk about it frying your brains. They try to make it seem like if you smoke it, you will go mad,” the singer said.

“Right now, everybody is relaxed, everybody does it, and everybody knows that. It’s just a topic no one wants to talk about.

“No one wants to talk about it; everybody is cool. Nobody wants to make it a thing.”

Asked if people get arrested for possession of marijuana in Nigeria, the 30-year-old singer says it depends on who you are.

“If you can please the person that is stopping you at a time,” he added.

Burna Boy, in the interview, also said he likes coming to Los Angeles because weed is free in the state and that the best one he has had was in the city.

Ghanaian actress, has written a heartbreaking message to her son as she gets set to go to jail over her…

Superstar Afrobeat singer, Davido Adeleke speaks on how humble his father, Adedeji Adeleke, is despite his billionaire status. The singer…